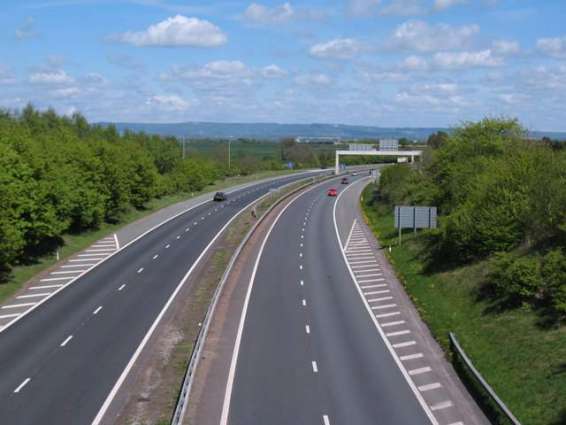 The committee also recommended that the issues including the payments of land allocation on Kaghan-Babusar Pass, awaiting completion of section IV of M-8 and construction of flyover and U-Turn on M-9 should be resolved on urgent basis.

Secretary Communication briefed the committee members that the width of land provided for the establishment of M-2 section from Islamabad to Lahore was wider than M-9 section established from Karachi to Hyderabad.

Chairman NHA said that none of the highway could be changed into the Motorway, adding M-9 was a superhighway but it was changed into Motorway under the policy of previous government.

Moula Bux Chandio while criticizing the M-9 project said that rickshaws and motorcycles were seen on the road. It was not as per standard of the motorway, he added.

Secretary communication replied that this chapter has been closed for future as no highway would be converted into motorway in future.

The committee recommended that the issues being faced by general public on M-9 section should be resolved.

To a question, chairman NHA said that completed projects of motorways would be opened with the mutual understanding of China as the projects were launched under China Pakistan Economic Corridor (CPEC).

He said that Hazara Motorway was expected to be opened at the end of this month as the work was near its completion.

Senator Salahuddin raised the land issue of the people living on Kaghan-Babusar Pass road saying that their payments had been pending for last 17 years.

He made a symbolic walkout along other senators to record his protest against NHA for not paying attention regarding this long-standing issue.

The chairman of the committee directed the NHA chairman and secretary communication to inform the Senate body about the factual situation regarding the said issue in next meeting.

The body was also informed that M-8 section-IV from Gwadar to Ratodero not yet completed due to lack of funding and by the negligence within the institution.

Chairman of the committee said that no contractor should be provided next project until he did not completed previous ones. He said that the contractors working on this section should be banned for his negligence. NHA chairman assured to take action against the concerned person.