LAHORE: Punjab authorities have made further progress to start public operations of Orange Line Metro Train (OLMT) as it is ready to forward operational and maintenance contract of the project, ARY News reported on Tuesday.

The directive was given by Punjab Chief Minister Usman Buzdar while chairing a high-level meeting in Lahore today to review the progress of Orange Line Metro Train (OLMT) project.

It was decided to forward operational and maintenance contract to the provincial law department that will give its recommendations in accordance with the transport laws.

The chief minister issued special orders for finalisation of the contract related matters in view of making the OMLT operational at earliest.

During the meeting, CM Usman Buzdar said the provincial government wants to make the project operational as soon as possible to facilitate its citizens. He said that the train fares will be affordable to a common man. Punjab cabinet will give final approval to the fares of OLMT.

The chief minister was also given a briefing over the contract awarded to a Chinese company and development work and successful test-run of OLMT. He was told that the 27.1 kilometres long journey from Dera Gujran to Ali Town will be covered in 45 minutes through the fast-track trains. Approximately 245,000 passengers could avail the transportation facilities through OLMT on daily basis, officials told CM Buzdar.

Earlier on January 10, the Punjab authorities had made recommendations for the fares of Orange Line train, Metro and Speedo buses.

Sources said that the authority recommended to set fare of OLMT up to Rs40-50, whereas, the ticket prices for Metro and Speedo will be retained up to Rs30.

The recommendations have been forwarded to the provincial cabinet which will take the final decision for the fares of Orange Line Metro Train, sources added.

It is noteworthy to mention here that Pakistan Tehreek-e-Insaf (PTI) led Punjab government had inaugurated the trial operation of the Orange Line Metro Train (OLMT) on 27 kilometres route from Dera Gujran to Ali Town which began on December 10 after the completion of technical and mechanical work. Transport authorities said that the test run will need at least three months before its public launch.

The line will be served by 26 stations and is expected to handle 250,000 passengers daily.

Though it is frequently mentioned as a part of the wider China Pakistan Economic Corridor (CPEC), the Orange line is being financed by the Government of Punjab. 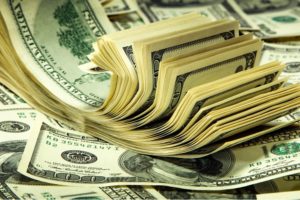 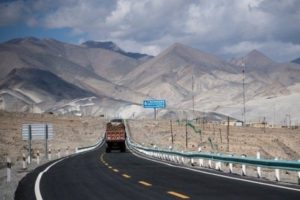 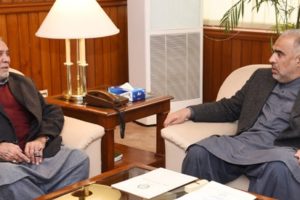