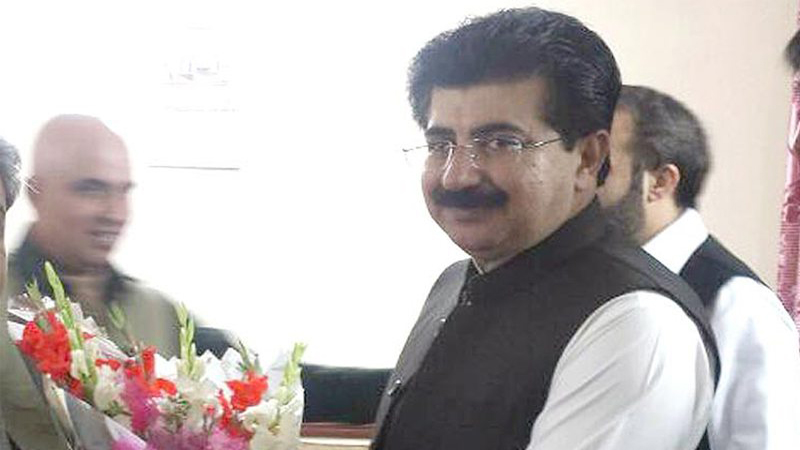 Chairman Senate Muhammad Sadiq Sanjrani has said that Covid-19 pandemic carries long-term economic repercussions for global economies specially the developing world and more coordinated efforts are required to overcome the diseases on one hand and work together for economies to flourish.

He expressed these views in a meeting with British High Commissioner Dr. Christian Turner in Islamabad on Tuesday. He said that developed as well the developing world is faced with similar challenge, however, the developing countries lack infrastructure and resources to effectively flatten the covid 19 curve. Chairman Senate observed that the virus is spreading in Pakistan, however, government is making all out efforts to bring the deadly disease under control through lockdown, testing, tracing and quarantine. Sanjrani also expressed deep condolences on behalf of the Parliament for the loss of human lives due to corona virus.

Regarding bilateral relations, the Senate Chairman expressed satisfaction that both sides enjoy good relations at different level and there was need to further enhance mutual collaboration in different sectors including frequent parliamentary exchanges and other high level visits. He said that Pakistan highly values it bilateral ties with United Kingdom and we desire to further expand our relations in different sectors. Sadiq Sanjrani said that enhanced parliamentary linkages and institutional collaboration would help in building consensus on many issues. Senate Chairman stated that Baluchistan and specially Gwadar offering abundant opportunities for investment as Gwadar is being regarded as future of regional development.

He further said that United Kingdom has provided huge assistance to Pakistan for social sector development. He also thanked the government and parliament of UK for adopting stance on Kashmir issue.