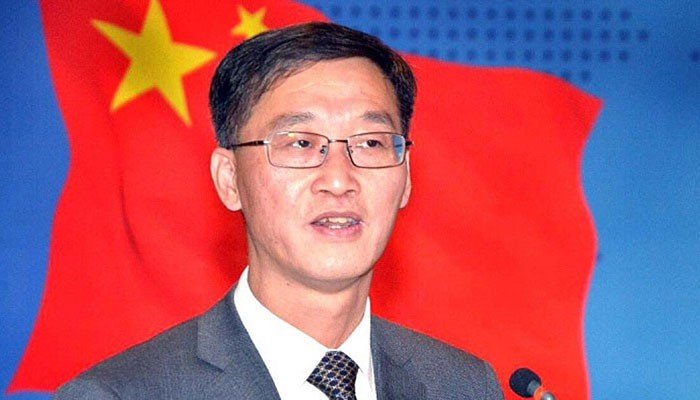 Chinese Ambassador to Pakistan Yao Jing has said that Pakistan has the “greatest potential” to be the hub of regional connectivity and trade.

The ambassador’s remarks came during an exclusive interview with Geo News on programme “Jirga”. The interview will be aired at 10pm on Monday.

Yao, who previously served as China’s ambassador to Afghanistan, said that he has spoken to Afghan leaders and society who are “very keen” to not only have motorway links with Pakistan but also more railway links.

“A railway from Gwadar to Kandahar will be a very beneficial route for trade and transportation,” he said. “A lot of potential [exists] for such a collaboration.”

Yao said he is “very glad” that Pakistan is working for peace and stability in Afghanistan which will ultimately open up trade far beyond, to Central Asia, which is looking to expand its access to trade routes.

As an extension of the China Pakistan Economic Corridor (CPEC) collaboration between the two countries, he expressed China’s willingness to explore more ways to make full use of this potential.

Yao lauded the enthusiasm demonstrated by the Pakistani government and people and the efforts made to expand connectivity thus far.