China and Pakistan on Monday again showed the resolve to expedite work to meet revised deadlines of Gwadar projects as almost all schemes in the port city – the kingpin of China-Pakistan Economic Corridor (CPEC) – remain behind schedule.

The fifth meeting of the Joint Working Group (JWG) on Gwadar was held through video link in which both countries reviewed progress on projects related to Gwadar Port, road and air infrastructure, provision of water and health facilities.

The planning ministry stated that it was agreed that work on Gwadar projects would be expedited. Power purchase agreement and implementation agreement for a 300-megawatt coal-fired power plant would be signed in December 2020 while the Eastbay Expressway project would be completed by April 2021, said the planning ministry.

It was mutually agreed that work on Gwadar Airport would be expedited for completion, the ministry stated, adding that China would support socioeconomic projects in Gwadar including the projects related to agriculture, livestock and fisheries. Discussions of the JWG on Gwadar will now be placed in the upcoming Joint Cooperation Committee (JCC) meeting that may finally take place in December. JCC is the highest decision-making body of CPEC but its meeting has been delayed for the last two months.

Government officials, who attended the meeting, told The Express Tribune that there was nothing new that would be presented to the next JCC meeting and a majority of Gwadar projects were lagging behind schedule.

The silver lining was the Gwadar Port that had become operational and Afghan transit trade had also started flowing through the port. The Gwadar Free Zone has attracted multiple investors and currently around 43 investors have registered with the free zone, of which five have completed construction work.

The JWG underlined the need for fast execution of relevant Gwadar infrastructure and assistance projects including the Eastbay Expressway, new airport, 300MW coal-power plant, Pak-China Friendship Hospital and Gwadar Vocational and Training Centre, according to officials.

It was underlined during the meeting that there was a need to declare Gwadar Port as the Green Custom for Agriculture Cooperation to facilitate imports of wheat, sugar and fertiliser. The government was required to complete the five-million-gallon-per-day water purification plant to meet Gwadar city’s water requirements. China had also agreed to help Pakistan implement the project but despite a lapse of many years, the Environment Impact Assessment report by the Environment Protection Agency, Balochistan has not been approved, according to the officials.

In the sixth JCC meeting, Pakistan and China had agreed to expedite work on the dredging of berth area and channels at the Gwadar Port. This work is necessary to ensure safety of vessels. So far, no significant progress had been made and it was agreed that the berth project would now be taken up in the next JWG meeting, said the officials.

Similarly, in the sixth JCC, it had been decided to construct the breakwater and launch a joint feasibility study. The joint study had been completed but PC-I of the project had not yet been approved, they added.

The meeting was informed that so far 77% work had been completed on the Eastbay Expressway project and Chinese contractors would need more time to complete the work. But a planning ministry’s public statement put the completion deadline at April 2021. Officials said a major obstacle to the Eastbay project was the construction of three additional bridges but a supplementary agreement for the additional work had not been signed yet.

During the visit of Prime Minister Imran Khan last year, fishermen had protested and demanded the construction of additional bridges. But so far no tangible work had been done, said the sources.

Chinese authorities have also raised the issue of lack of access to telecommunication services in Gwadar, which according to them has created hurdles in the way of carrying out work at the new airport and has also created security concerns, according to the sources. So far, Pakistan has not installed a mobile tower that is necessary to provide connectivity at the site of Gwadar Port.

The meeting also reviewed the status of the 300MW coal-fired power plant to be set up in Gwadar. It was agreed that the power purchase agreement and implementation agreement would be signed in December. China has proposed that China Electric Power Construction Company will construct the project. However, financing agreement for the project has not yet been finalised, which may take a few more months.

Pak-China Vocational and Technical Institute, Gwadar also remains incomplete as so far only one-third of work on the project has been finished. Pak-China Friendship 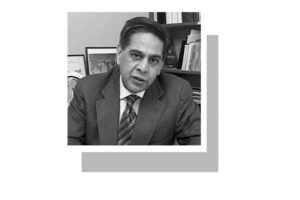 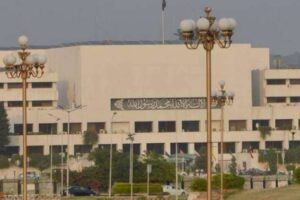 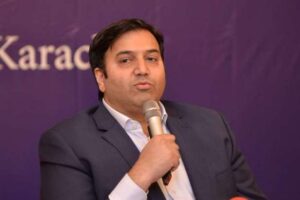