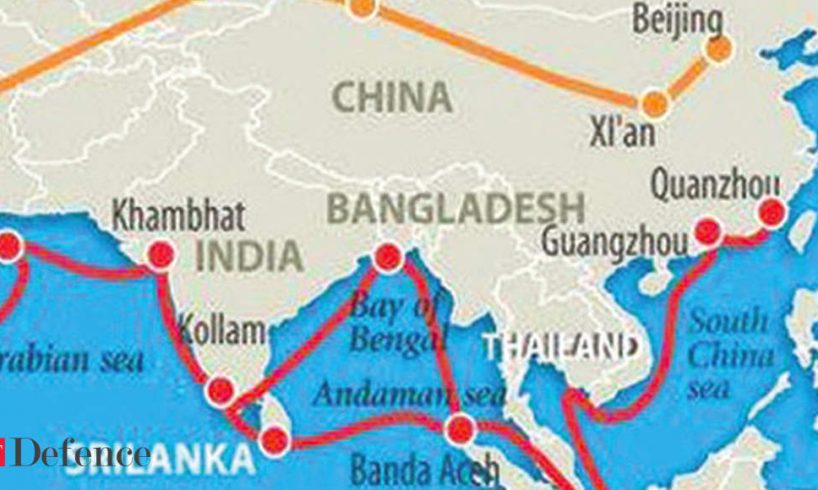 NEW DELHI: As the second edition of Belt and Road Initiative Summit got under way in Beijing on Thursday, China has displayed a map with BRI routes that curiously shows entire Jammu & Kashmir and Arunachal Pradesh as part of India.

The map also surprisingly portrays India as part of BRI even when India boycotted the summit for the second time. The map has been displayed by China’s ministry of commerce on the occasion of the three-day BRI Summit.

Previous maps of J&K issued by China showed part of the state under Pakistan, what is Pakistan-Occupied Kashmir (PoK). Sources indicated that such faux pas, if at all, is a rare occurrence in China’s official publications and websites. Experts on Sino-Indian affairs are trying to ascertain if it is a deliberate tactical move by China to placate India. Last November, China’s state-run media (CGTN television) excluded PoK from the map of Pakistan while reporting a terror attack on the Chinese consulate in Karachi.

Excluding PoK from the Pakistan map can also have implications for China-Pakistan-Economic-Corridor (CPEC). India has strong reservations on CPEC as it is passing through PoK that violates India’s sovereignty. CPEC is the most important connectivity link under China’s Belt and Road Initiative (BRI).

China has invested heavily in infrastructure projects in PoK even before BRI was launched, much to India’s discomfiture. India had served several protest letters, both in Beijing as well as Islamabad, about Chinese funded projects in PoK. China had reportedly posted troops in PoK, a move that was sharply criticised by India.

Sino-Indian ties were adversely impacted when China offered stapled visas to J&K residents a few years back and hosted Hurriyat leaders. However, Beijing has been emphasising of late that India and Pakistan should address the Kashmir issue bilaterally.