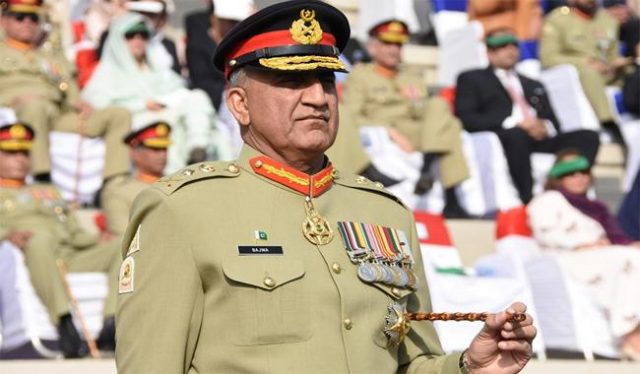 RAWALPINDI: Chief of the Army Staff (COAS) General Qamar Javed Bajwa has said that Pakistan has paid a very heavy price to achieve peace and any attempt to destabilise the country will be responded with an iron hand.
The army chief said this on Tuesday while chairing the 236th Corps Commanders Conference (CCC) here at General Headquarters (GHQ), said the Inter-Services Public Relations (ISPR).
According to the ISPR, the commanders discussed the geo-strategic, regional and national security environment. The forum undertook a comprehensive review of the recent surge in terrorist incidents in the country particularly in tribal districts and Balochistan.
The corps commander conference while paying a glowing tribute to all civil and military martyrs for their ultimate sacrifice concluded that geographical and ideological frontiers of the country would be defended at all costs.
“We have paid a very heavy price to achieve this peace and stability and any attempt to destabilise the country will be responded firmly,” said COAS Bajwa.
It is pertinent to mention here that at least 14 security officials, including seven Frontier Corps (FC) personnel, were martyred in a terrorist attack in Balochistan’s Gwadar district on October 16. On the same day, six Pakistan Army personnel including Captain Umar Farooq embraced martyrdom in an improvised explosive device (IED) attack in the Razmak subdivision of the North Waziristan district of the Khyber Pakhtunkhwa province.
In another cowardly attack on security forces in Balochistan a day later, a Pakistan army soldier embraced martyrdom while three soldiers got injured in a terrorist attack near Turbat. 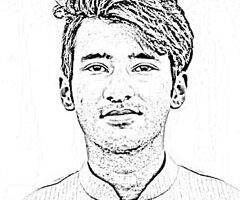 Debunking the Indian Myths against CPEC 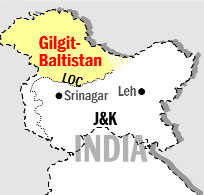