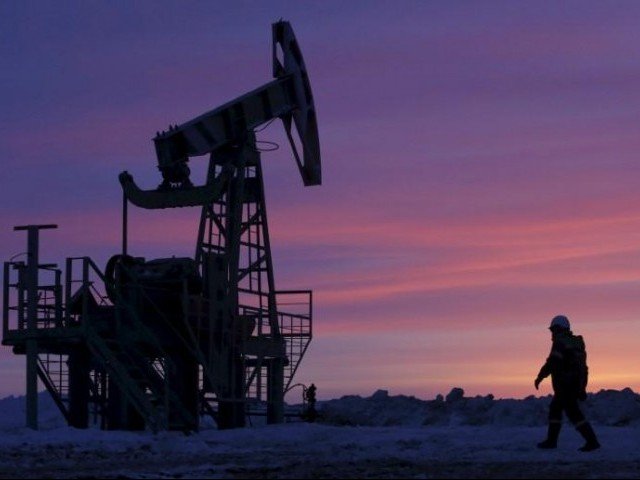 ISLAMABAD: The government wants to reduce its exposure and liabilities, if not responsibilities, from the energy sector.

Up to now, the government has been heavily involved giving sovereign guarantees, underwriting power purchase agreements (PPAs), buying at higher prices all what producers could offer and practically selling at a loss. The result is circular debt, unaffordable high prices hurting people, industries and exports.

The Petroleum Division has announced its intention, if not a declared or written policy, that it would welcome investments in the liquefied natural gas (LNG) sector with least government involvement. It would not give guarantees and would not stop or delay investment proposals.

If investors think there is a market, they should go ahead and import or produce and sell to willing customers. If you are able to sell, well and good, and if not, our sympathies only – no financial support and no guarantees. This appears to be too good to be true.

This may not be a fairytale. After all, the entire oil sector, refineries and oil marketing companies (OMCs) are working without guarantees. There is a policy that oil will be sold at international prices plus the local selling costs. The government adds some levy plus GST.

This is enough to attract investments in this sector. The existence of sufficient demand and market are possibly the only yardstick for making investment decisions.

Unfortunately, there is no international price in case of electricity and gas. There are too many variants. Where simplified parameters have been set, competition has come almost everywhere. Look at solar and wind.

LNG and extension of gas pipeline networks have made it possible that one may start thinking about markets (and not government) start working even in developing countries like Pakistan. Markets and prices are converging.

There used to be wide price difference among regional markets, which is no more. Thus, the government has made it open, install as many terminals as you wish, if you think, you can sell. And investors are coming.

The question is what prices? Would it be feasible to leave the LNG suppliers free to charge as much as they may wish? Is the market large enough to enable forces of competition to work?

It has not happened in case of 94 sugar plants and an equal number of cement plants. Many people complain that there is some kind of price collusion?

In Western countries, there are stock exchanges like gas market hubs, where prices are determined through howling or computer input. There are 11 gas hubs already in the European Union and more are coming under EU directives to every country to have its own hub.

India and Turkey are mulling to have one. In Pakistan, in case of liquefied petroleum gas (LPG), there are sufficient conditions for quite a while to have a functioning market. It has not happened.

There are certain prerequisites for a market exchange that are to be met. These include an independent system operator(s) with an approved grid code, independent transmission companies, gas producers, importers and suppliers, distribution companies, and large and small buyers.

Almost all ingredients are there in the power sector, but the market is still not there. The gas sector has not any of the aforementioned prerequisites. It can be done and should be done without any further delay.

Initially, it may be done without privatisation, the latter being the sole reason for the opposition by gas companies.

Reference prices, if not market

There is another, although, less efficient market mechanism that has often been practised here in Pakistan with questionable and varying levels of success. That is, setting the upper price limit, for example in the LPG sector and to some extent in LNG.

It appears that same kind of price fixing is in the mind of decision-makers, when they talk of the market. But then what is that upper limit and who sets it and what are the rules. Many people are suffering due to NAB investigations and inquiries in relation to LNG terminals.

Can we have a pricing formula for setting a ceiling price for LNG. A possible formula could be based on one of the gas hub prices – averaging some of the spot prices like Jera and JKM.

JKM is fast emerging as a credible index, although it is still not a gas hub, it is an assessment only. However, JKM spot could be the simplest linkage for the LNG ceiling price in Pakistan market.

Mixing oil and gas linkage could also be an approach. It is a difficult and controversial task for which credible external consultancy would be required and must be commissioned without further loss of time.

It would be a mistake, however, to keep Ogra out of it, although they may be requested to work under a time-bound framework.

For the LNG terminal tariff, what would be the benchmark price? Can the tariff of existing two terminals be taken as a yardstick? One may ask and then what is the merit of opening up the sector, if same prices are to prevail.

Secondly, should LNG terminal companies be allowed to import LNG as well. According to established market principles, they should not be allowed.

However, one can possibly drift from the pure theory in the beginning, provided there are adequate safeguards against blocking others from using the LNG terminals.

There are issues about the LNG terminal sites. It is claimed that the Port Qasim Authority (PQA) as such is not a very good and competitive port. LNG shippers have refused to pay its high tariff. Consequently, PSO and Pakistan LNG Limited (PLL) have been footing the bill, making LNG even more expensive, although marginally.

There are dredging issues. LNG is already interfering with the normal goods traffic causing congestion and delay. LNG terminals are for 20 to 30 years. One has to think about the future as well. Can there be other sites outside of the PQA?

There are other potential sites such as Jiwani/Somiani and Gwadar. There are network linkage issues. There was a Gwadar-Nawabshah LNG pipeline project that was almost approved.

It was dropped under mysterious circumstances without public explanation. It is alleged that the US saw it as a precursor to the Iran-Pakistan (IP) pipeline project. Ideally, Gwadar could ultimately emerge as a gas hub, due to its closeness to the gas producers.

There are two allied infrastructure elements which are vitally and urgently needed now – gas storage and a new gas transmission network.

The government is currently working on both the projects. The North-South pipeline project is at an advanced stage and active consultations are under way with a Russian consortium.

Reportedly, many companies have shown eagerness in installing an underground gas storage plant.

Existing transmission facilities are fully utilised. Gas demand is increasing and there are shortages in winter. Gas storage may help reduce the shortages and may also reduce the risk of ‘take or pay’ losses.

Ultimately, it is the market exchange that would work. There are 53 gas fields owned by half of that number of companies. Ten-to-fifteen gas traders may be licensed and 8-10 gas distribution companies combined would provide sufficient number of players.

Neither the stock exchange is without its share of faults, nor is the CCP an impressive organisation. We manage to live in an imperfect world in which unscrupulous thrive due to inefficiency and collusion. Gas has to flow.

The writer is former member energy of the Planning Commission