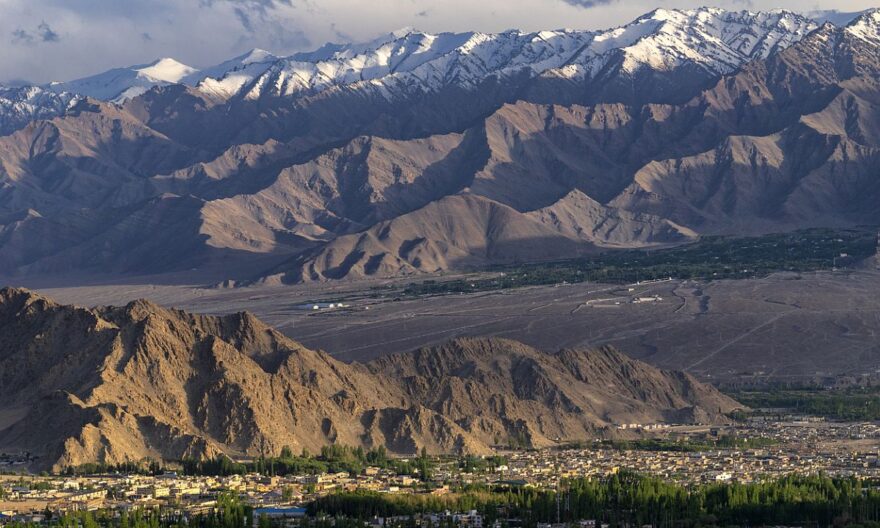 The India-China standoff is continuing through the winter. Despite eight rounds of talks, no end appears on the horizon. The dispute remains on the sequence and methodology of disengagement. While China insists on India disengaging and pulling back from the Kailash Heights, south of Pangong Tso, India demands a Chinese pull back from north of Pangong Tso and also desires to include Depsang in the discussions. The Chinese defence spokesperson stated last week that India should meet China halfway to safeguard ‘peace and stability with sincerity’ in the border regions.

Simultaneously, China faces global criticism for hiding details of the pandemic, enabling travel from Wuhan to all parts of the globe leading to its global spread while blocking internal movement from affected areas, thus slowing domestic cases. Its claim that the virus existed in parts of the globe before emerging in China is ignored. Chinese offensive actions in the South China Sea against Taiwan and the crackdown in Hong Kong are being criticized.

Global challenges have led to European nations to join the US in enhancing naval presence in the Indo-Pacific. Chinese attempts to win over Europe have been rebuffed. European nations have turned down Chinese demands to permit Huawei to enter their markets. Europe, on the other hand, is enhancing trade ties with Indo-Pacific countries, bypassing China.

The RCEP may have been signed but that has not ended the creation of coalitions against China. The QUAD may currently be a grouping of likeminded democratic nations; however, Japan and Australia are discussing a bilateral defence pact against China. China pushing Asean nations to agree on a code of conduct on the South China Sea based on Chinese perceptions is unlikely to succeed.

China’s Belt Road Initiative is not progressing as per plans. Most countries where China has invested are unable to repay loans due to economic impact on account of the pandemic. Chinese economy, despite all claims, is facing problems of unpaid loans. Currently Chinese total debt is 350 per cent of its GDP. Reports state that China is slowing down investments in BRI projects. Even the CPEC, which is its pilot project, is behind schedule. Nations which had agreed to Chinese projects are now backing out. Myanmar, Thailand and Maldives are examples.

Companies are moving manufacturing out of China. Apple has moved its manufacturing to Vietnam while Samsung is moving to India. Other companies are exploring Asean and South Asian nations. The world is uniting to move supply chains away from China, despite the RCEP. Many nations, including India, are closely monitoring Chinese investments and blocking them in key sectors. All this is in response to Chinese handling of the pandemic and its offensive diplomatic and military actions.

Nations are crossing Chinese red lines at will. Earlier, diplomatic and military visits to Taiwan were avoided, but no longer. The recent visit by two US secretaries and a Rear Admiral to the island as also the visit by the Czech speaker are indicators. Lobsang Sangay, President of the Central Tibetan Administration, was invited to the White House to meet the newly appointed U.S. Special Coordinator for Tibetan Issues, Robert Destro. This was the first visit by a Tibetan leader to the White House in six decades.

Simultaneously, China is facing criticism for Xinjiang, Tibet and Hong Kong. When Wang Yi, the Chinese foreign minister visited Europe earlier this year, he was questioned on Xinjiang and Hong Kong. Chinese attempts to warn the global community on its red lines is being ignored. The world is uniting to demand the admission of Taiwan into the WHO, despite Chinese objections.

China is facing a united globe, challenging its actions and questioning its behaviour. It needs allies, apart from Pakistan and North Korea, which it currently lacks. Russia is amongst the few nations which avoids criticizing China as long as China does not comment on Russian actions. China is almost alone.

India was always careful in its relations with China. Despite having moved closer to the US and becoming an active member of the QUAD, it avoided taking any action which was detrimental to China. It strictly adhered to its One-China policy, avoided criticising China on internal matters and refused to give major diplomatic space to the Dalai Lama despite China not adhering to the One-India policy. It overlooked China-Pakistan proximity and construction of the CPEC through disputed Gilgit Baltistan. India even ignored its growing trade deficit in the belief that trade coupling would maintain sanctity of the LAC.

India refused to join the BRI and RCEP as these would be detrimental to the country. However, it never objected to others joining. India enhanced ties with China to ensure sanctity of borders. The Chinese intrusion in Ladakh stabbed India in the back, compelling it to counter the aggression by employing every avenue. India blocking Chinese investments, its mobile apps and restricting imports, alongside an unofficial national call to boycott Chinese products have reduced trade deficit and opened doors for decoupling, especially in the case of IT and smaller products.

An article in The Financial Times of 27 November, covered the impact of India banning Chinese Apps, specifically on companies based in Hangzhou. It covered examples of companies such as Club Factory, Alibaba, Tencent and TikTok, and detailed their financial losses compelling them to lay off employees. It is evident that many more companies would have been impacted. Money Control, in an article of 30 June quotes Global Times as stating that IndoChina trade has dropped by 50 per cent since the standoff.

China, by its offensive actions, has awoken a sleeping and friendly India, compelling it to take measures, in addition to military, to hit back. It has pushed India into joining global groupings against it, while defending itself vigorously in Ladakh. Simultaneously, with visits by the Foreign Minister, foreign secretary and NSA to Seychelles, Nepal and Sri Lanka, India is pushing back against Chinese influence in South Asia.

China should know that India is no pushover, and the decision on whether it needs India as an ally, enemy or competitor is in its hands. India is comfortable with either choice.

The writer is a retired Major-General of the Indian Army.