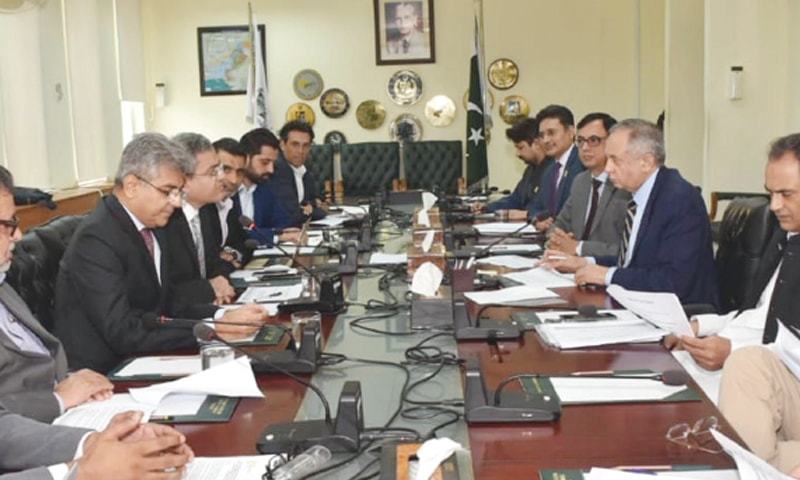 Karachi: A meeting of commerce adviser to Prime Minister and the chairman Federal Board of Revenue (FBR) with investors of two special economic zone (SEZs) on Wednesday ended in disappointment for the businessmen.

At issue is an FBR demand to levy 1.5 per cent turnover tax on sales revenue of enterprises operating in the zones, whereas the owners of these enterprises say that they were promised their enterprises would be tax exempt when they made the decision to invest in these zones.

Around 40 industrial units with a total investment of Rs70 billion from these zones sent the FBR two SOS letters in early August to dispute the demand from the FBR to collect 1.5pc turnover tax from them. The three zones are the Bin Qasim Industrial Park (BQIP), the Korangi Creek Industrial Park (KCIP) and Khairpur Special Economic Zone (KSEZ). All three were registered as SEZs in 2015 under the SEZ Act 2012.

Included in these industries are Yamaha Motors and Coils, Kia Lucky Motors, MID Coil Marubeni, Barkat Frisian, among many others.

In a third “reminder” letter sent on Aug 27, they told the FBR that “[o]ur decision to invest in an SEZ was based on the SEZ Act 2012 in which SEZ enterprises are ‘exempt from all taxes on income’ including the various kinds of advance, withholding, minimum and other taxes that fall under the Income Tax Ordinance.”

To support their claim that they cannot be held legally liable to pay the 1.5pc turnover tax they rely on Section 37 of the SEZ Act 2012 and Section 126E, Part 1, Second Schedule of the Income Tax Ordinance 2001. Both clauses specify that enterprises in these three SEZs that commence production before June 2020 will have exemption from all taxes on income for their first ten years of operation.

But those enterprises that began commercial operations in these zones recently say the FBR has started to levy a “turnover tax” on them, as well as three other taxes, including on import of raw material, a withholding tax on local supply of goods, advance tax on electricity consumption and a quarterly advance tax.

At the moment, the enterprise owners are focusing their energy on removing the imposition of turnover tax on themselves, followed by other issues with customs duties.

A delegation of these owners comprising investors from the SEZs located at BQIP and KCIP met with Adviser to the Prime Minister on Commerce and Industries Abdul Razak Dawood, FBR Chairman Shabbar Zaidi and Board of Investment (BoI) Chairman Zubair Gilani on Wednesday to discuss the matters in detail.

“We are not satisfied with the meeting as our demand on 1.5pc turnover tax has not been met,” one of the investors in the delegation told Dawn by telephone after the meeting ended. “The government has also not indicated how long it is going to keep charging us this 1.5pc.” In the current year’s budget, the government had increased turnover tax on revenue to 1.5pc from 1.25pc.

He said investors had informed the government that SEZs are exempt from all taxes but the officials said the “situation is not good and the FBR is facing a revenue crunch. I think the government needs more time to resolve this issue.”

Zaidi could not be reached for comment after the meeting. But one member of the delegation tells Dawn that Zaidi took the position that this is not a tax on income, but a tax on turnover of sales revenue. But the delegates felt this was too fine a hair to be splitting since income and revenues cannot be separated, and a tax on turnover will invariably fall on income.

“The impact is so heavy that it amounts to 30pc of my net income,” he says, adding that this is equal to the corporate tax rate. “There is no benefit left to me for coming into the SEZ after this,” he adds.

SEZ companies, both foreign and local, were of the opinion that the BoI marketed the SEZ’s as “free from all taxes on income”, some members of the delegation tell Dawn, adding that this amounts to “deceptive marketing” if the government starts to open back doors into their cash flows and starts levying taxes.

Another delegation member told Dawn that investors were especially concerned that SEZ projects are highly capital-intensive and high volume. This means they have run losses for at least 2-3 years, yet the high volume will magnify the impact of the turnover tax on their cash flows.

The delegates got little respite from the government. In the meantime, it was agreed to make a focal position within the FBR to coordinate with SEZ enterprises.

Meanwhile, Kia Lucky Motors, a leading Korean auto assembler at BQIP, has taken a stay order from the Sindh High Court against the imposition of turnover tax. The action has opened the door for other investors to take the matter to the courts.

Kia has set up a plant at BQIP with an investment of $175 million with annual capacity of 50,000 vehicles and currently employs around 475 people.

Meanwhile, SEZ investors expressed surprise and dismay that as the commitments made to them are being violated, the government has moved its focus to Gwadar.

In their meeting with the FBR chairman and the commerce adviser, they produced a press release that announced cabinet approval for “a proposal regarding necessary amendments and exemptions in Income Tax Ordinance, Sales Tax and Customs Act for the Gwadar Port and Gwadar Free Zone.” The announcement was made last month.

“SEZ investors need to be treated at par with Chinese investors,” their presentation slide said.