Talking to a 5-member delegation of the Punjab Power Developments Board (PPDB), he told that historically the name of Punjab was derived from five rivers while a comprehensive canal system was also laid down to irrigate its fertile lands in every nook and corner of the Plateau.

He said that industrialists as well as business concerns should concentrate on self generation in order to reduce their dependence of Pepco as huge transmission losses have been reported during dispatch of electricity from generation units to major load centers of this province.

“This objective could be achieved by installing small hydel units in existing barrages and canals adjacent to the major industrial units”, he said and appreciated the new scheme conceived by the PPDB. He hoped that government will incentivize industrial units along barrages and perennial canals to avail from this scheme.

He said that Punjab is the biggest province of Pakistan as regards population. “It is also hub of industrial and commercial activities which are contributing 60 percent share towards total GDP of Pakistan”, he said and added that Faisalabad is expecting a new spell of industrialization in the wake of CPEC and efforts must be expedited to encourage socio-economic activities. 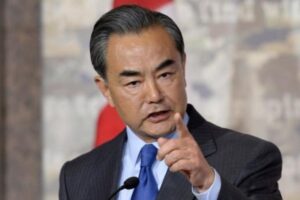