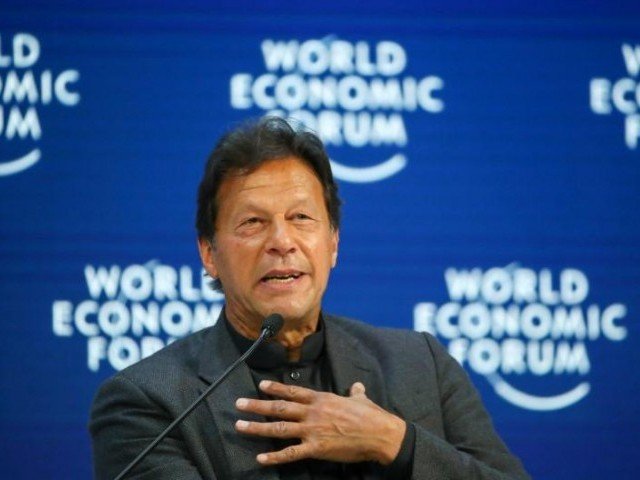 Mushar­raf could not win the war in Afghan­istan for the Americ­ans, no one could: PM Imran Khan

Prime Minister Imran Khan rejected the notion that Beijing’s Belt and Road Initiative was a debt trap for Pakistan and termed the critcisim against the China-Pakistan Economic Corridor as ‘nonsense’.

Speaking to CNBC along the sidelines of the World Economic Forum 2020 (WEF) in Davos, the premier underscored Islamabad’s gratefulness to China’s help.

He said Pakistan had “hit rock bottom” when the “Chinese came to help us with the BRI and then CPEC.”

“We’re really glad the Chinese came and rescued us,” he said and added that the money pumped in by China is “barely five or six per cent” of the country’s total loans.

“This is nonsense that China indebted us,” he asserted. He added that China had infact helped with investment and also provided an opportunity to attract more investment.

“We’ve created these special economic zones where we are giving special concessions to industries.”

PM Imran said Sino-Pak ties were beyond BRI. “There is also technology transfer under CPEC. Especially in agriculture because Chinese technology is much better. Our productivity is very low. They are also developing skills centres in Pakistan,” he said.

Pakistan joins China in dismissing US claim about CPEC

When asked about the possible role of United States President Donald Trump to curtain Narendra Modi-led government’s anti-minority rhetoric in India, PM Imran said he believed Kashmir to be a far more serious problem that the world realised.

“India has been taken over by an extremist ideology – the Hinduvta,” he explained. “The founding fathers of Rashtriya Swayamsevak Sangh (RSS) were inspired by the Nazis. They believe in the ethnic cleansing of Muslims. It is the ideology that assassinated Mahatma Gandhi.”

Imran pointed out that the RSS, despite being declared a terrorist organisation thrice, has taken over India.

Shedding light on the Occupied Jammu and Kashmir situation, the premier highlighted that eight million people were under siege since August 5 when the Modi government revoked IOJ&K’s autonomy.

“I say it’s a serious situation because I’m worried it would spill over… already their army chief has given a statement that the Pakistani side of Kashmir belongs to India.”

“These are two nuclear-armed countries,” he stressed. “That’s why I want Trump – head of the most powerful country in the world – to intervene right now.”

He said the United Nations came into being to resolve conflicts.

Highlighting that the Indian premier is a life member of the RSS, Imran said: “People in the west don’t understand it as yet. Just Google the ideology.”

The sportsman-turned-politician stressed the danger of a nuclear-armed country of 1.3 billion people being taken over by an extremist ideology. “It is a nightmare scenario for the neighbours,” he said. “And because of the Kashmir dispute, this could spill over.”

Elaborating on the possible course the international community can take to contain the situation, the premier said the UN and UN Security Council should act as deterrents and “stop this nonsense”.

“India passed two legislations that have alarmed 200 million Muslims in India,” he continued. He added that the ongoing protests in India were joined by non-Muslims including minorities and intellectuals because “they realise where this is headed”.

The premier drew parallels with how Germany became a “fascist totalitarian racist state” from a “liberal democracy” in just a matter of four years.

Responding to host Hadley Gamble’s question if the situation in India was on the same lines of Uighurs in China, Imran pointed out that New Delhi had already passed an Act that deregistered 200 million people in Assaam. “And because two million out of those were Hindus, the Bharatya Janata Party (BJP) legislated Citizens Amendment Act 2019.”

“Is this leading to genocide?” asked Gamble. “In Kashmir, I am scared,” said Imran. “It’s a disputed territory between Pakistan and India – confirmed by UN resolutions that add that a Kashmiri referendum could decide who they want to join.

“Now the disputed territory has been annexed by India,” he continued. “They are trying to change the demography of Kashmir – which is a war crime according to the fourth Geneva Convention.”

“Musharraf should not have promised to win US’ war”

“Why did the ties between Pakistan’s security forces and the US suffer? I did not want Pakistan to become a part of the war on terror post 9/11 because Pakistan had nothing to with it. There was no Pakistani involved, the al Qaeda were in Afghanistan. I felt why are we going in this war?”

“He could not win the war in Afghanistan for the Americans,” he asserted. “No one could.”

But they kept asking him, he added. “And he [Musharraf] kept promising. So that’s where the mistrust began.”

Imran emphasised that this time things were different. “This time it’s based on common objectives – on the fact that I always believed there was no military solution in Afghanistan and Trump shares the idea.”

The premier said that he and Trump were both working towards a peace process. “We’re trying our best. It’s not easy – its 19 years of turmoil. But it is the only way.”

Imran said he was convinced the Afghan Taliban and the Afghan government could work out a political settlement if they sit on a negotiating table.

“Afghan culture is a very democratic culture,” he explained. “It’s not the Taliban of 2001 – there is so much water under the bridge.”

Recalling the post-soviet Afghanistan, Imran stressed that the circumstances then were different. “There was civil war,” he said and recalled the mass rapes in Kabul. “It’s not the same situation.”

Reflecting on the recent tensions that brought US and Iran on the verge of a war, PM Imran emphasised that there was no military solution.

“It would be a disaster if a US-Iran conflict takes place,” he said. “Just look at Afghanistan – its been almost 19 years and we’re still trying to find a solution.”

Pointing out that the US had already spent over a trillion dollars in the Afghan war, Imran quipped: “Why does the US want another conflict?”

“And trust me,” he continued. “Iran would be much more of a difficult conflict than Afghanistan.”

He added that one should never rely on military solutions. “I mean you use military to solve one problem and another five issues creep up – unintended consequences.”

“Look at the Vietnam war. The generals said it would only be a few months. It’s the same case with Afghanistan.”

Closer to home, he said he heard it himself. “Our own [former] president Musharraf said it [Afghan war] would only be a few weeks or maximum two to three months.”

“War is never a solution… people who try to solve issues through bloodshed and war.. they always cause a mayhem in the world.”

The premier said a US-Iran conflict would be devasting for the developing world. “Oil prices would shoot up,” he said and added that countries like ours that are just about balancing budgets would head towards poverty.

“I told Trump that war is not a solution.”

Imran said that in his interactions he found Iranian President Hassan Rouhani and Supreme Leader Ayatollah Ali Khameini to be receptive to talks to diffuse the situation.

“I do not believe in military solutions,” he repeated. “I’m a student of history… for a start there is always a miscalculation – it causes bloodshed.”
The premier said he always looked to becoming a partner in peace. “Twice we joined the US camp; first against the Soviets in the 1980s then the 9/11. Pakistan suffered. I know the consequences. We lost 70,000 lives and about $100 billion in economy. We are just about recovering from it.”

“The only people who benefit from wars are the industrial-military complexes,” he concluded.

Imran said conflict in the gulf would not just be a disaster for Pakistan but the whole area. “We are trying out best. We have ties with Iran, United Arab Emirates and the Kingdom of Saudi Arabia.”

“When the tensions escalated after missile attacks on oil facilities, I went and tried to defuse the tensions.”

Elaborating on the first year of his government, Imran said it was spent on stabilising the economy. “We inherited a bankrupt economy with huge fiscal and current account deficit… Our currency lost value – but fortunately, it stablised without any government support and found its market value.

Imran said the market sentiment had improved. “It’s the highest in one year while foreign direct investment (FDI)increased 200% in one year.”

The premier said the country was headed in the right direction. “[We are headed] towards an export-led growth rather than a consumption or import-led growth. Which is why we had the imbalance and had to go to the International Monetary Fund (IMF).”

Imran said the tough economic decisions are the only way to get out of the 30-year cycle to rely on IMF loans.

“I feel we are on the right track,” he explained. “The only thing is that people are hurting because of the measures we’ve taken.” Imran said now that the economy had been stablised, the government was concentrating on growth and creating employment.

Responding to a question regarding business community’s reservsations, Imran said the people he held responsible for corruption was “always the political elite”.

“If the political elite is clean then there won’t be chronic capitalism. The problem in Pakistan was that we had two political houses that competed in syphoning off money out of the country.”

Imran stressed that the system fails because of a corrupt political leadership. “It’s not the business community I blamed. In fact, this is the first government to go out of its way to promote industrialisation since the 1960s.”

The premier reiterated Pakistan Tehreek-e-Insaf government’s commitment to eradicating anti-profit making policies. “Making money was considered a crime… now we are doing everything possible for people to make profit.”

He said it was important to make profit if the country wanted to attract investment.

The premier said that the year 2019 was the safest for the country since the war on terror began. “Investors disappeared, sports teams would not visit.”

Imran credited the security forces for controlling terrorism and paying a huge price through sacrifices. “The country took a beating in the last eight to 10 years.”

“We took another step,” he continued. “We decided that the legacy of 80s when we created these militant groups to fight Soviets, these groups remained after the Soviets had left. Before my government even, all the political parties in 2015 took a decision that there won’t be any armed militia in Pakistan.”

“Since then we have disarmed the militias and rehabilitated them,” he added. “That reflected in the figures – Pakistan is ready for business.

The premier further elaborated on the untapped tourism sector of the country, shedding light on the world’s highest peaks and religious tourism. He said the country could generate revenue form the Hindu, Buddhist, Sikh and Sufi heritage sites.

The premier took exception to his political career being compared to Trump’s.

“I played international sports for 21 years but I have been in politics for 23 years,” he clarified. “Except for Quaid-e-Azam Mohammad Ali Jinnah, I have had the longest political struggle in Pakistan,” he claimed.

Trump, on the other hand, had it easy. “He came and became president.”

Imran reminisced building his own party and breaking a two-party system. “I struggle more in politics that in sports.”

And the struggle, the prime minister believes, equips him to succeed. Imran said the basic trouble human beings had was coping with bad times. “This has been a tough year for me,” he reflected. “I don’t think I have faced what I did in the past year – from taking hard decisions to watching people struggle because of the structural changes.”

No time to watch cricket

When asked about Ben Stokes, the cricket legend admitted to not having the time to watch cricket. “But from what I have seen in newspapers, he [Stokes] seems to be great.” 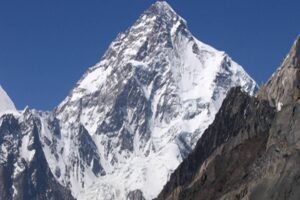 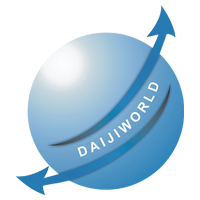 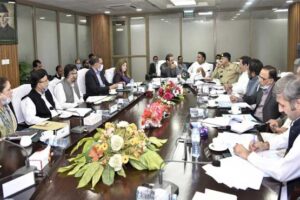 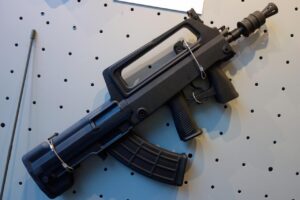