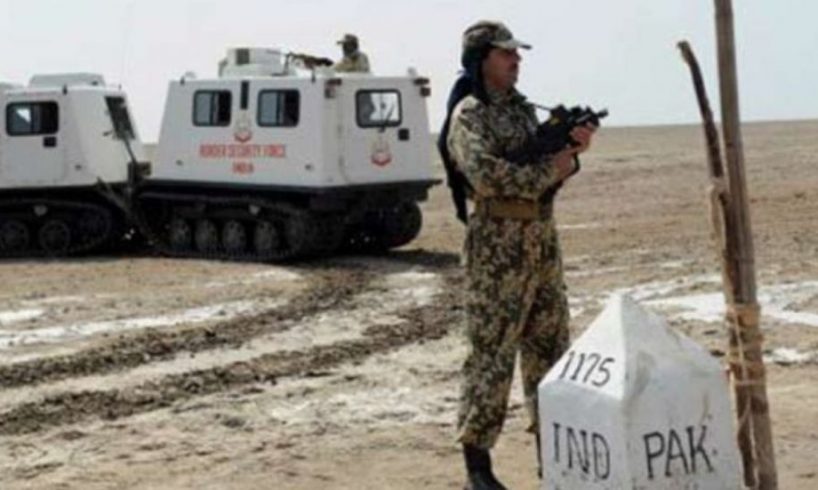 In an alarming development, Pakistan has reportedly given land lease to a Chinese firm near Harami Nala creek along Gujarat border. The 22km stretch of Harami Nala is near the Sir Creek area, which is close to the International Border between India and Pakistan. According to the report published by Dainik Bhaskar on Thursday, the Pakistani authorities have given 55 sq km land to a Chinese company, which has already started construction in the area. The site of construction is just 10 km from the International maritime boundary. This is not the first time that Pakistan has engaged with China to counter India in geostrategic matters in the region.

Previously, Pakistan had handed over the operations of Gwadar port to China. India countered the move by developing Chahbahar port in Iran. Harami Nala creek is a infiltration-prone area. Islamabad has been trying to send terrorists from this region in Kutch. Earlier, Indian intelligence agencies had received inputs that Pakistan-trained commandos were trying to enter India via Harami Nala from Gujarat. The Border Security Force has deployed its elite squad in the area to give a befitting reply to Pakistan. ‘To counter an anticipated attack by Pakistan-trained commandos, the BSF deployed teams of ‘Creek Crocodile Commandos’ along the along the 22km stretch of Harami Nala.’ The water channel is near the Sir Creek area close to the International Border between India and Pakistan. The state has been put on a high alert following intelligence inputs that Pakistan-trained SSG commandos or terrorists ‘would try to enter Gulf of Kutch and Sir Creek area using small boats.

News Nation has learnt that the security agencies believe that these commandos are trained for underwater attacks. “All ships need to maintain anti-terror watch,” sources said. Coast Guard have also been put on high alert following this intel input. “All shipping agents are directed to inform their vessels at Kandla outer anchorage, inner anchorage, berths,” the intel input said.

The enhanced measures that authorities have asked seeks “highest state of readiness and vigilance”, the deployment of maximum possible assets and personnel to plug vulnerable areas, tracking suspicious individuals or boats near the coast, patrolling along the coast ad checking of all vehicles in offices or homes nearby.

Previously, Adani Ports and Logistics had also issued circular following the intel input. According to a statement by Adani Ports and SEZ, “inputs had been received from coast guard station that Pakistani commandos are likely to infiltrate into Indian territory through Kutch area preferably via sea route to create communal disturbance or terrorist attack in Gujarat. All stakeholders are requested to institute preventive measures to militate hostile attacks and assume highest state of readiness and be vigilant towards any attempts to breach our coastal security.”