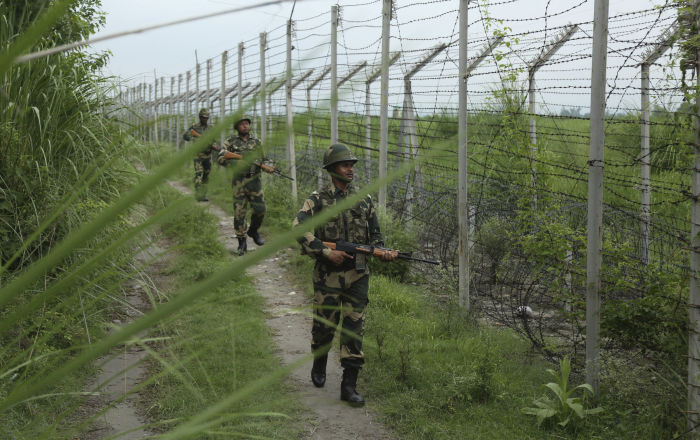 New Delhi (Sputnik): New Delhi is concerned that the $50 billion economic corridor passes through parts of Jammu & Kashmir and Ladakh, which it believes are illegally occupied by Pakistan.

A Chinese-built bridge on the strategically important Jhelum River was opened on Tuesday despite Indian objections to the development of crucial infrastructure in the part of Kashmir administered by Pakistan.

The ‘Hollar Bridge’ connects Rawalpindi with the Pakistan-administered Kotli. Constructed as part of the China-Pakistan Economic Corridor (CPEC), the bridge is near Rajouri on the Line of Control which separates India and Pakistan.

The construction was opposed by India as New Delhi considers the region as part of Jammu and Kashmir. China has also been constructing the Karot hydropower project, which is expected to be commissioned in 2022.

India has objected strongly to both projects and claimed that they are in violation of the country’s sovereignty.

“The flagship project of ‘OBOR/BRI’ (Belt and Road Initiative) directly impinges on the issue of sovereignty and territorial integrity of India…Government has also conveyed to the Chinese side its concerns about their activities in areas illegally occupied by Pakistan in the Union Territories of Jammu & Kashmir and Ladakh and has asked them to cease these activities,” Indian foreign minister S Jaishankar said last Thursday.

Earlier this month, China and Pakistan signed off on a number of new projects under the multi-billion CPEC, including the Gwadar Master Plan. Pakistan has also sought $9 billion from China to finance the Main Railway Line (ML-1) and other infrastructure projects

The CPEC is a flagship infrastructure-related project conceived by Chinese President Xi Jinping as part of Beijing’s expanded multi-billion dollar Belt and Road Initiative (BRI) that aims to create more efficient commercial links between the continents of Asia, Africa, and Europe.