China on Friday appreciated the “positive contribution” of Pakistan to the international counterterrorism efforts and supported Islamabad’s crackdown on terrorists.

“China appreciates the positive contribution by Pakistan to the international counter-terrorism cause, firmly supports Pakistan in cracking down on terrorist forces. Attempts that aim to sabotage CPEC are doomed to fail,” Lijian said in his tweet.

At the news conference in Islamabad, Qureshi and Maj Gen Iftikhar unveiled a dossier, containing “irrefutable evidence” of India’s sponsorship of terrorism in Pakistan. Qureshi and Iftikhar stated that India was trying to sabotage CPEC.

He reiterated that the CPEC was an important and pioneering project of the Belt and Road Initiative (BRI) and it was not only important for common development of the two countries but also for regional connectivity and prosperity. “We are confident that with support of the international community, China and Pakistan can work together to ensure CPEC’s success,” he said.

At the news conference in Islamabad, Qureshi and the ISPR chief shared with media persons video and audio clips, along with documents, of Indian handlers and terrorists communicating with each other and Indian intelligence handlers passing on instructions to terrorists in Pakistan.

This week, Islamabad gave a briefing to the envoys of the permanent members of the United Nations Security Council (UNSC), which also include China, about the specific proofs of Indian involvement in terrorism in the country.

“The envoys were apprised of India’s involvement in planning, promoting, aiding, abetting, financing and execution of terrorist activities in Pakistan,” the Foreign Office said. “The dossiers containing irrefutable evidence … were handed over to them [envoys],” it added.

Lijian told the briefing in Beijing that China opposed all forms of terrorism and also opposed double standards on counterterrorism. “China calls on the international community, the regional countries in particular, to carry out counterterrorism cooperation and safeguard collective security,” he added. (WITH INPUT FROM APP)

China appreciates the positive contribution by Pakistan to the international counter-terrorism cause, firmly supports Pakistan in cracking down terrorist forces. Attempts that aim to sabotage #CPEC are doomed to fail. pic.twitter.com/IQyGgwkVCw 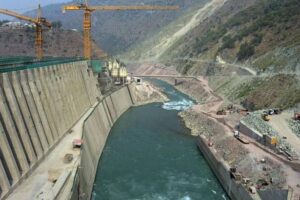 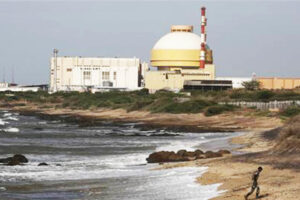 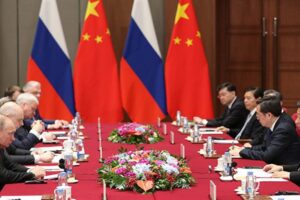