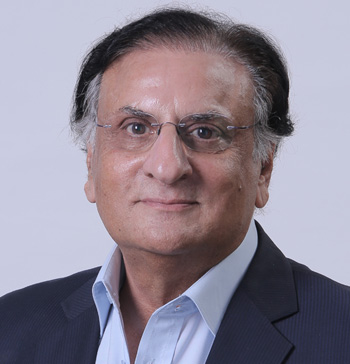 Pakistan is observing a wide range of transformations in various areas of governance. China-Pakistan Economic Corridor is by far the most imperative project when it comes to boosting the economy and developing the lagging infrastructure in collaboration with China. On 19th August, 2019, the Government of Imran khan took yet another bold step in the right direction. A meeting was held in Islamabad where progress was discussed and critical decisions were taken in the presence of Minster for Development and Planning, Khusro Bakhtiar, Minister for communication, Murad Saeed, Minister for Energy, Omar Ayub among others. Imran khan headed the meeting himself and showed remarkable commitment to the completion of CPEC projects in letter and spirit. These are the kind of steps that were required from the start, a well-guided program based on competence and accountability.

The most notable milestone achieved by the PTI Government in the last few months is the setting up of CPEC Authority. As the name applies, this CPEC Authority is an initiative to create independence and pragmatism in the implementation scheme of CPEC. The Authority will provide a main frame for all stakeholders to come together in the removal of hurdles. Past experience, with different sectors in Pakistan, have shown that independent authorities with a specialized instead of generic structure, is highly effective. When an Authority is created and its workforce is fully focused on one task at hand, it proves to deliver practical and numbered results. The argument here is not to malign or down play the federal bureaucracy, but to highlight that one solution fit for all approach will not work with CPEC. A good example of independent Authority performing the job of multiple provincial departments is that of Punjab Food Authority, which has shown commendable achievements in regulation of health and safety standards in the food industry of the province. In the same pattern, CPEC Authority will have independence in decision making and delivering the timelines as required. A solution to the snail-pace has been found, it a milestone like no other. From the creation of this body, status of CPEC projects, delays and hurdles and complaint handling can be dealt with unilaterally while it will serve as a point of contact, information and communication with the federal Government and the Prime Minister’s Secretariat. This administrative reform is nothing short of state of the art management, especially when dealing with Government red tapism.

As it is widely known, the CPEC is not just a financial and trade initiative; it is also one that covers strategic, cultural and technical areas. Planning Minister Khusro Bakhtiar briefed the Prime Minister on the solid progress made on other key projects under CPEC. The most crucial among them are those related to the energy sector while China is providing financial and technical assistance to generate additional electricity to be added to the national grid. This also includes enhancing energy production for CPEC Projects. In construction, the Prime Minister discussed the progress on Gwadar, Orange Line and Multan to Sukkur Motorway which complement the country’s uplift on a massive scale. The Motorway extension is to be inaugurated soon. In the coal sector, a coal power plant is being setup in Port Qasim, one in Kohala and one in Hub, which will help in reducing the per unit cost of power production in the country. Under the aggressive leadership of Khan, many culture exchange projects are also underway to better integrate the people of Pakistan with their Chinese counter parts. Digitalization of PTV and its simultaneous broadcast in multiple languages is also to be rolled out in a few weeks.

Solid progress on CPEC cannot be achieved without hand-in-hand development and uplift of Baluchistan and FATA. Scarred by terrorism, joblessness and low literacy rates, these areas have the most to benefit from CPEC but that too, can only be achieved with thorough participation, monitoring and close liaison with execution agencies. Imran Khan has chosen top notch companies like NESPAK, FWO and NHA to kick start the implementation of numerous projects. The disbursement of funds to these bodies has been simplified and local stakeholders are on-board to the launch and finish off project as per deadlines. The detailed road map to this development in Baluchistan is included in the Development plan Baluchistan 2019-20 and the National Development Council has initiated a ten year development plan for FATA. This is one of the most prominent achievements of the present Government, if not the best, second only, the first election in FATA in 2019. Another ambitious plan is the setting up of a port at Gaddani and a special economic zone in Hub. Surely, the employment and economic progress in this area will bring the youth and working age-group to play a part in national development. It is now an established norm among the top research analysts and academicians of the world that economic progress and employment directly reduces instances of crime, violence and terrorism. This is a milestone that the people of Pakistan have needed for decades.

As the world looks at Pakistan with caution and meticulousness, the Chief of Army Staff, General Bajwa has been granted an extension for three years. To begin with, it simply seems as the practice of a legal power by the Prime Minister under the relevant laws of the Constitution of Pakistan but mattes of the State are never as naive. Pakistan is making strides towards policies that are able to revert from a negative growth towards genuine progress. After decades of tussle and push-pull between the military and political leadership, the nation is now under one umbrella with the political and military leadership acting as one. At this juncture, when India and Afghanistan are turning the borders of Pakistan into hostile battlegrounds, nothing is more appropriate than continuing with a foundation of harmony. General Bajwa brings that harmony and balance to Pakistan. It is of immense importance that when PTI came to power and a few politicians voiced concerns over terms and conditions of CPEC, it was General Bajwa who went to China and removed reservations through direct talks with Xi Jinping. Similarly, on the scenario of foreign debt and balance of payment, it was General Bajwa who paid a visit to Saudi Arabia and United Arab Emirates to formulate a secure position for Pakistan. The news of the extension sparked a wave of positivity in the stock exchange and in the overall business circles. His legal extension is a support the country needs at the moment.

The borders of Pakistan are most volatile. Kashmir is in its worst crisis since 1947, at this time, the nation needs to unite under one banner. The army, political parties, judiciary, media and the public need to be prepared for anything in the coming days as our wits and our nerves will be tested to the limit. Pakistan Army is the proud institution that stands between the people of Pakistan and all its enemies. If Pakistan is to win these testing times, no wonder, Gwadar and China-Pakistan economic partnership is the jewel that awaits us as Pakistan will take its rightful place as a developed and strong nation, able to match and overcome all its challenges, all that we need it to achieve one milestone after the other.

The writer is Chairman of Jinnah Rafi Foundation 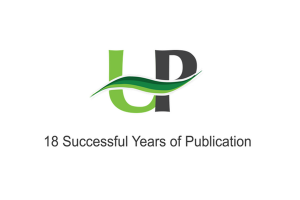 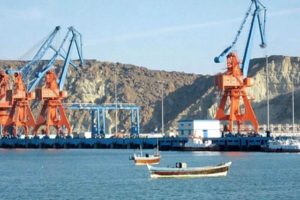 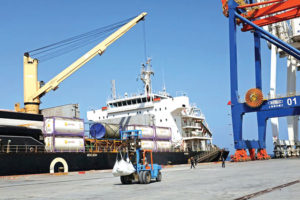