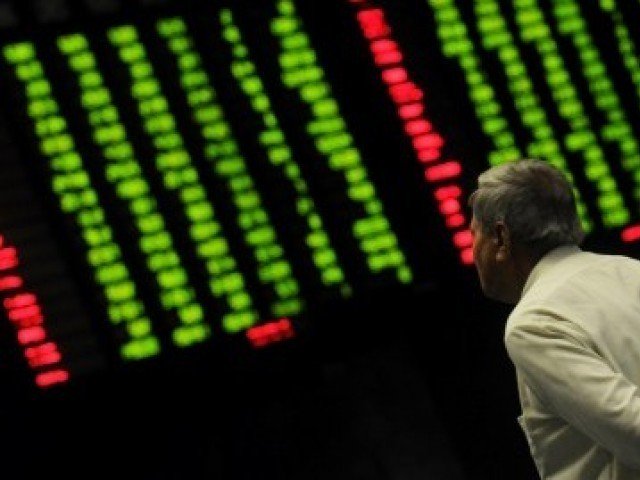 KARACHI: The stock market experienced a range bound session on Wednesday and inched up 47 points due to positive contribution mainly from the chemical sector.

The benchmark KSE-100 index had a topsy-turvy session, which ended on a bullish note, amid renewed hopes for acceleration in China-Pakistan Economic Corridor (CPEC) projects.

The setting up of CPEC Authority and announcement of tax concessions for Gwadar Port boosted investor confidence. Furthermore, recovery in global crude oil prices also had a positive impact on the stock market.

JS Global analyst Danish Ladhani said equities closed on a positive note with the benchmark KSE-100 index gaining 47 points and closing at 33,524, up 0.1%. “We expect the market to continue its range bound activity on the back of highly overbought positions,” he said.

In the exploration and production sector, Oil and Gas Development Company (-0.7%) and Pakistan Petroleum Limited (-0.1%) remained in the red zone.

Profit-taking was witnessed in the cement sector after consecutive rallies where Lucky Cement (-2.2%), DG Khan Cement (-4.8%) and Fauji Cement Company (-2.6%) were the major laggards.

In the fertiliser sector, Engro Corporation (-0.1%) and Fauji Fertiliser Company (-0.3%) were in the red zone.

Traded value stood at $41 million, down 28% and volumes came in at 238 million shares, down 2% compared to the previous session.

Aba Ali Habib Research, in its report, said the market continued to trade in a narrow band between +128 points and -137 points and closed the session up by 47 points.

The chemical sector contributed positively to the index where Lotte Chemical Pakistan, Engro Polymer and Chemicals and Descon Oxychem hit their upper circuits due to expectation of better financial results for the outgoing quarter.

Quarterly financial results were due to be announced in the current month, it added.

Overall, trading volumes decreased to 237.7 million shares compared with Tuesday’s tally of 243 million. The value of shares traded during the day was Rs6.4 billion.

Shares of 379 companies were traded. At the end of the day, 202 stocks closed higher, 152 declined and 25 remained unchanged.

Foreign institutional investors were net sellers of Rs402.2 million worth of shares during the trading session, according to data compiled by the National Clearing Company of Pakistan.