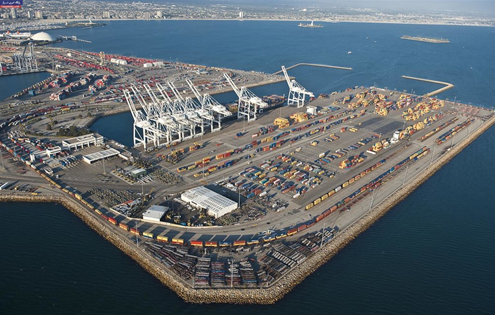 The China-Pakistan Economic Corridor (CPEC), the central component of China’s Belt and Road Initiative (BRI) in South Asia, has been a source of significant attention and controversy (China Brief, January 12, 2018; China Brief, February 15). Parts of South Asia, the Middle East, Central Asia, and Europe, however, are also host to another ambitious infrastructure program: the “International North-South Transport Corridor” (INSTC), a transportation development plan first established in 2000 by Iran, Russia and India. The INSTC envisions a network to connect Indian Ocean and Persian Gulf ports and rail centers to the Caspian Sea, and then onwards through the Russian Federation to St. Petersburg and northern Europe. [1]

INSTC is the key to India’s strategic plans for regional political and economic connectivity—and in turn, India’s operational control over Iran’s southeastern port of Chabahar is key to India’s ambitions for the INSTC. Chabahar is strategically located as Iran’s largest port outside the Gulf, offering open access to the Indian Ocean. India’s role in Chabahar stands in competition with plans by the People’s Republic of China (PRC) to develop the port of Gwadar, just over 100 miles to the east in Pakistan’s southwest province of Balochistan. The competing plans for these ports on the Gulf of Oman highlight both the competition between CPEC and INSTC, and the broader geopolitical competition in South Asia between India and China.

The Importance of INSTC and the Chabahar Port for India…

Chabahar is important for New Delhi to secure its economic and strategic interests in a region where China’s influence is rapidly increasing. Iran, India, and Afghanistan signed a trilateral transit agreement in Tehran in May 2016, which will allow the three countries to open new routes of connection by converting Chabahar port into a transit hub. Per a further agreement made in December 2018, the Indian government has assumed responsibility for port operations in the “India Ports Global Chabahar Free Zone” (IPGCFZ) (Times of India, January 7).

Chabahar port and the INSTC offer India an alternative route for its trade with Europe, which is currently carried out primarily via the longer and more expensive Red Sea-Suez Canal-Mediterranean Sea route. Furthermore, Chabahar has been exempted from U.S. sanctions on Iran due to the port’s importance to India, and its role as a supply route to Afghanistan (Radio Farda, November 6, 2018). India also sees Chabahar as a strategic counterweight to Pakistan’s Gwadar port, which is being run and developed by China. India gets access to Afghanistan through Chabahar, bypassing overland routes through Pakistan—India’s arch-rival, and a close Chinese ally. India has also maintained hopes that Iran would allow India to use the Chabahar port to counter the PRC in the event that Beijing decides to station its own naval ships in Gwadar (India Today, August 10, 2017).

All is not well in the Iran-India relationship, however. Tehran has warned that India’s decision to shut down oil imports from Iran—due to sanctions imposed by the United States—is hurting India’s future in Chabahar  (Economic Times (India), May 24). Iranian Ambassador to India Ali Chegeni has also expressed concern over the slow pace of India’s development work at Chabahar port, complaining that it has been “very slow,” and that trade to Afghanistan is “much lower” than it should be. Due to delays in Indian plans, Tehran has decided to complete by 2021, through its own resources, a railway line connecting Chabahar port to the Afghan border at Zahedan (The Hindu, September 11).

…and China’s Competing Interests in Chabahar and Central Asian Infrastructure

Delays and complications involving CPEC projects in Pakistan have reportedly led the PRC to show greater interest in infrastructure investments in Iran, particularly in the hydrocarbon sector (China Brief, November 1). This interest has been reciprocated by Tehran: for example, expressing disappointment over India’s waning interest in liquefied natural gas (LNG) imports, Ambassador Chegeni has indicated Tehran’s interest in building an LNG pipeline to China as a component of CPEC (The Hindu, September 11). Iran may also be seeking to balance against India’s role in Chabahar: during a visit to Pakistan last year by Iranian Foreign Minister Javad Zarif, Iran made offers to both Pakistan and China to participate in the development of Chahbahar. Zarif stated that Tehran’s relations with New Delhi are not directed against Islamabad, and that Iran would not allow anybody to hurt Pakistan from its territory (Dawn, March 13, 2018).

In a more recent visit in May, Zarif proposed to connect Chabahar with Pakistan’s own port of Gwadar in order to promote trade and commerce in the region. Zarif stated that “We can connect Chabahar and Gwadar, and then… connect Gwadar to our entire railroad system, from Iran to the North Corridor, through Turkmenistan and Kazakhstan, and also through Azerbaijan, Russia, and through Turkey” (Pakistan Today, May 25). Iran’s proposals were welcomed in Pakistan, as the two countries are already discussing a new ferry service that would link ports in Gwadar and Karachi with the Iranian ports of Chabahar and Bandar Abbas (Economic Times (India), April 11, 2018).

With its capacity for huge infrastructure investments, China’s potential participation in developing (or operating) Chabahar port is bound to send ripples of anxiety through New Delhi. The Chinese-run Gwadar port in neighboring Pakistan provides China a shorter overland route for Gulf oil imports relative to the maritime route through the Strait of Malacca. Beijing sees in Iran’s Chabahar port another overland option for its oil imports, which could complement its use of Gwadar (Central Asia-Caucasus Analyst, 26 November 2014.) Chinese and Pakistani involvement with the Chabahar port could be a strategic loss for India, and New Delhi has responded: Tehran’s reservations and growing tilt towards China forced Indian Prime Minister Narendra Modi to discuss Chabahar with Iran on the sidelines of the UN General Assembly session in September. [2]

The PRC is also exploring increased infrastructure ties with Afghanistan, which could undercut one of the key benefits to India of its role in Chabahar. In September, Islamabad hosted the third round of the China-Afghanistan-Pakistan Trilateral Foreign Ministers’ meeting, in which the three countries reaffirmed their commitment to further strengthen their relations and “advancing connectivity under the Belt and Road Initiative… and other regional economic initiatives.” The three sides also agreed to pursue “China-Afghanistan-Pakistan Plus Cooperation” (CAPPC), to include projects such as construction of the Peshawar-Kabul Motorway (Afghanistan Foreign Ministry, September 8).

This route could serve ultimately to link landlocked Afghanistan with Pakistan’s strategic port of Gwadar—and potentially, achieve Afghanistan’s formal participation in CPEC alongside Pakistan. Afghanistan is among 86 countries that have signed a Memorandum of Understanding (MoU) with China, but which have not yet joined the BRI. China sees strategically located Afghanistan as a bridge to help expand connectivity between East, South and Central Asian regions under the BRI. The BRI is critically important for landlocked Afghanistan, as joining the initiative could help it regain its historical position as an “Asian transit and trade roundabout” connecting South Asia to Central Asia, and East Asia to West Asia. In 2017, China for the first time invited Afghanistan to join the CPEC, but Kabul showed reluctance. In 2018, Beijing repeated its offer in the second “Trilateral Dialogue,” but the Afghan government did not respond. In light of the Peshawar-Kabul Motorway agreement, Kabul now appears willing to join the CPEC bandwagon (Pakistan Today, September 8).

The PRC is advancing the BRI in full momentum, trampling all the other interregional and intraregional connectivity plans and visions under its feet. BRI is a modernized version of the ancient Silk Road, and represents China’s dual strategic and economic initiative to enhance its influence through Asia. The development of infrastructure projects under the BRI, and growing Chinese influence across South and West Asia, have thrown India’s strategic INSTC connectivity plan into uncertainty. The $62 billion CPEC, which faces India’s opposition, is ruining New Delhi’s strategic connectivity plans in the region.

India, which the United States sees as a counterweight to a rising China, has been engaged over the past two decades in implementing its regional plans for connectivity with Afghanistan and Central Asia. Iran’s Chabahar port plays a key role in this, offering India a route to bypass Pakistan, its arch rival in South Asia. China’s BRI has, however, knocked out India’s strategic ambitions connected to the INSTC. China’s Belt and Road connectivity with Afghanistan and Central Asia through Pakistan’s Gwadar port are sidelining India and loosening its grip over Chabahar port. China is indicating to India that if there is to be a regional connectivity plan, it will develop only under one umbrella: the BRI.

Syed Fazl-e-Haider is a contributing analyst at the South Asia desk of Wikistrat. He is a freelance columnist and the author of several books including the Economic Development of Balochistan (2004). He has contributed articles and analysis to a range of publications including Dawn, The Express Tribune, Asia Times, The National  (UAE), Foreign Affairs, Daily Beast, New York Times, Gulf News, South China Morning Post, and The Independent.

[2] The timing of the meeting between Iranian president Hassan Rouhani and Indian prime minister Nahendra Modi was important, as it came two weeks after Tehran expressed its grievances over India’s reductions in oil imports from Iran and the slow pace of work in Chabahar (Economic Times (India), September 27; India Today, September 26). 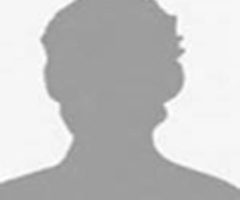 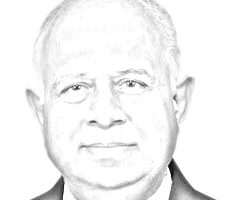