The recent launch of a direct flight between Guwahati in northeast India and Dhaka in Bangladesh marks the beginning of a new phase in the ties between that region of India and its neighborhood. Bangladesh is a key country for India, particularly in the light of the friendly relations between the two governments.

But more than a simple aeronautical arrangement, the route shines a light on India’s Act East Policy, which aims to improve connectivity — and relationships — between India and its eastern neighbors, including the ASEAN countries. That this comes as China increases its influence in the region through the Belt and Road Initiative should not surprise anyone.

New Delhi is working on a host of other connectivity initiatives. It is involved in the Kaladan transport project, which links the remote Northeast with other parts of the country via Myanmar and the Bay of Bengal.

At the same time, India, Myanmar and Thailand are working on a road which will connect Moreh in India’s northeast to Mae Sot in Thailand via Myanmar. New Delhi is funding the construction of two sections of the Trilateral Highway through Myanmar with grant assistance.

India is also looking at the maritime realm as well. Apart from buttressing its presence in its Andaman and Nicobar islands, New Delhi will be developing a deep sea port at Sabang in Indonesia.

China’s growing presence in India’s neighborhood has been the driving factor behind India’s connectivity drive. In recent times, Beijing’s physical presence has been growing in countries like Pakistan, Nepal, Sri Lanka, Bangladesh and Myanmar through BRI’s infrastructure-building.

For example, Beijing has funded the construction of the China-Pakistan Economic Corridor in Pakistan. However, the CPEC has faced a lot of criticism, particularly regarding the Gwadar port project in Pakistan, for riding roughshod over the interests of the local Baloch population.

The neighborhood is also important for New Delhi in terms of security, given China’s growing presence in India’s backyard. For example, Indian and Chinese troops were involved in a tense standoff in the Doklam region of Bhutan, which lies at the junction of India, Bhutan and China, in 2017.

India has plenty more connectivity projects too, either by itself or in cooperation with friendly countries.

It is involved in a spate of projects in Afghanistan like the $135 million Zaranj-Delaram highway and the $290 million Afghanistan-India Friendship dam in Herat province. New Delhi has invested around $3 billion in Afghanistan, making it one of its biggest international donors.

At the same time, private Indian players are also chipping in by moving into newer markets in Southeast Asia and Africa. Indian automobile companies like Mahindra & Mahindra have expanded into Africa while companies including Tata Motors, TVS Motors and Bajaj Auto have moved into Southeast Asian markets.

India and Bangladesh are also executing a series of projects in Bangladesh such as the construction of the Bhairab bridge, the Titas bridge and the Akhaura-Agartala rail link. India has also offered around $8 billion in various lines of credit to Bangladesh.

India has teamed up with Japan too. The Japan International Cooperation Agency will be funding the construction of India’s longest bridge, over the river Brahmaputra in northeast India, which will be almost 20 km across.

On the international front, India will work with Japan in the development of the East Container Terminal at the Colombo Port in collaboration with the Sri Lankan Ports Authority. This is a different model of investment from that of the Chinese model at Hambantota in Sri Lanka, as Sri Lanka will retain complete ownership of the East Container Terminal. Hambantota, by contrast, has been handed over to Chinese companies on a 99-year lease.

There are still a host of challenges for India as it seeks to become more involved in regional connectivity. First, there are a number of partners involved, hence execution will not always be smooth.

Second, in the case of Iran, pressure from the U.S. is a challenge. Earlier this year, New Delhi has stopped oil imports from Iran in the wake of the U.S. rescinding the waivers on Iranian oil imports it had given to some nations.

Third, there are issues of delays and cost overruns on crucial projects, especially since Indian government-run entities are entrusted with many of these projects.

New Delhi will have to make sure that it sticks to deadlines otherwise it risks its huge investments not having the desired impact. The host countries also need to be taken into complete confidence during the planning and the execution of these projects, otherwise India may face a backlash as China has from its BRI spending.

Modi, during his keynote address at the Shangri-La dialogue in Singapore last year, had said: “We understand the benefits of connectivity. There are many connectivity initiatives in the region. If these have to succeed, we must not only build infrastructure, we must also build bridges of trust.”

Therein lies the crux: China-funded connectivity projects in the region have in many cases failed to win trust. Whether New Delhi can do so is something we will have to wait and watch. 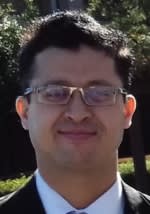 Rupakjyoti Borah is a research fellow with the Japan Forum for Strategic Studies in Tokyo. He was earlier an assistant professor of international relations in India and a visiting fellow at the Japan Institute of International Affairs in Tokyo. 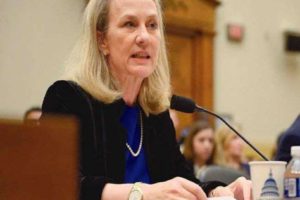 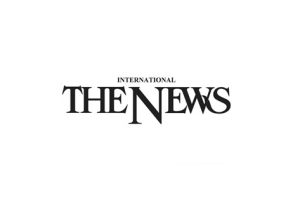 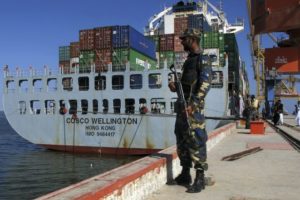 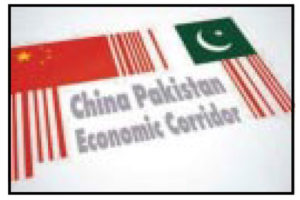