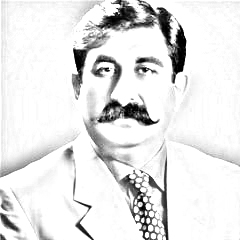 Renowned CPEC analyst and one of the leading business icons of Pakistan, Malik Muhammad Ishaq, is running a wide range of his diverse businesses in Pakistan, the UK, the UAE, the US, China, Europe and Africa. He is a big story of success. At breakfast on Edgeware Road, London, we, as usual, discussed the economic development of Great Britain, America, China, France, Germany and Pakistan. About the strong and stable economies of developed countries, he was of the view that the UK, the US, France and Germany had a history of centuries-old industrial development while China had achieved such goals during the last three decades. He named former Chinese President, Deng Xiaoping, as the father of revolutionary industrial development of modern China.

He believed that America can’t detain Chinese industrialised economic development for more than one decade.

Ishaq continued, “Just look at its hold on Hong Kong. President Xi Jin Ping has given splendour to Deng Xiaoping’s lines of economic development; avoiding tensions with other countries.”

“BRI is a welfare project. Through BRI, China is focusing business with the entire world, especially the third world countries. China, because of its economic policies, has captured almost all of the world potential markets. Even in the US, the UK and Europe, Chinese products are available in abundance in the markets. Within a very short span of time, China has transformed itself from low technology to high technology. China has transformed its agriculture and Industry with the latest technology. China has invested US $64 billion on CPEC. Gwadar, because of CPEC, has acquired pivotal importance. We need to focus on the brisk development of Gwadar. If China can develop many cities, why can’t we? Only by rapidly developing and making Gwadar an international city, Pakistan can address its unemployment. We need to develop and modernise northern areas of Pakistan too.”

“Our pride youth is very talented, passionate and capable. We need to encourage, channelise and honour the positive potential of our generation. It will bring pride to the country and the nation. To make our youth useful, the government of Pakistan will have to make our education system compatible with the first world. Pakistan’s future is a very bright reason being our youth believes in hope. To become an upright nation, we will have to focus on unity, faith and discipline the saying of the founder of the nation,” Ishaq continued.

“In China, new cities are being developed besides old ones. Both old and new cities are being focused on tourism. We will have to follow successful models of developed countries. We will have to make Special Economic Zones and Tax-Free Zones to attract investors. In Dubai, investors get benefit from Tax-free Zones. We will have to end political and economic uncertainty in the country. We can address our problem of unemployment by providing employment to at least one million skilled and unskilled Pakistanis only by developing the real-estate sector in the entire country especially Gwadar because it will engage several relevant industries.”

Answering my question about the pace of development and production of the CPEC, he uttered, “The production is continuing unhindered but the pace is slow. It needs to be accelerated. Our Premier, his team and diplomats will have to pull up their socks to build a positive image of our homeland in the entire world. Opting Dubai Model our government should secure the interests of the end-users.”

Once, the father of modern China invited Henry Ford to China to create a new industrial system, to help the then-struggling country. Sun Yat-Sen, who founded the Nationalist Party and helped overthrow the ruling Qing dynasty, wrote a letter in 1924; asking Ford to visit South China, where much of the intelligence, energy and wealth of this country could be found. He continued and said, “I know and I have read of your remarkable work in America and I think that you can do similar work in China on a much faster and more significant scale. Your work in America has been more individual and personal, whereas here in China you would have an opportunity to express and embody your mind and ideals in the enduring form of a new industrial system.”

Without the economic development, China was in danger of becoming the cause of the next world war, Sun added ominously, and it is more or less hopeless to expect much aid from the Governments of the Powers, a reference to the Allied powers that triumphed in World War I.

“There is much more to hope, in my opinion, from a dynamic worker like yourself, and this is why I invite you to visit us in South China, in order to study, at first hand, what is undoubtedly one of the greatest problems of the Twentieth Century,” Sun uttered. Henry Ford flatly refused to go to China.

China, of course, has gone on to dominate global manufacturing in part because of their reliance on the very assembly lines that were Ford’s brainchild, but not before suffering through decades of poverty, turmoil and famine in the nearly 90 years since Sun’s letter was sent. Ford, on the other hand, has badly lagged General Motors in developing its business in China. Had Henry Ford travelled to China to help organise the country’s industrialisation in the 1920s, surely history would have been very different but the Chinese nation itself depended on self-reliance and decades later Deng Xiaoping took the gigantic initiative of massive industrialisation. President Xi Jinping gave the momentum new multidimensional line and that’s it. China now proudly says, catch if you can? To steer up our country and the nation, we need to go ahead with the same approach.

The writer is book ambassador, political analyst, columnist and author of several books based in Islamabad. He can be reached at naveedamankhan@hotmail.com