ISLAMABAD: The Senate Standing Committee on Petroleum on Thursday expressed dismay over the “casual attitude” of some government departments leading to delays in import of liquefied natural gas (LNG) and liquefied petroleum gas (LPG) by the private sector.

The committee was briefed by the officials of various government entities, including the Sui Northern Gas Pipelines Ltd (SNGPL), and petroleum secretary Ali Raza Bhutta.

Committee chairman Senator Abdul Qadir inquired about the reasons for delays in the import of LNG during the winter months.

Other committee members also inquired about the sale and supply agreement between the Pakistan LNG Limited (PLL) and the two gas utility companies — the SNGPL and the SSGC (Sui Southern Gas Company).

“Despite so many years of the import of LNG, there is no agreement between the state-owned entities and that is the reason the LNG import was unstructured,” said Senator Qadir, who belongs to the ruling Pakistan Tehreek-i-Insaf (PTI).

About a contract between the PLL and the SNGPL for the supply of LNG, the committee was informed that 90pc of this agreement had been finalised and it would be finalised in a month.

Senator Qadir noted that the gas companies had been failing to devise an annual import plan in the absence of a sale and purchase agreement.

“That is the reason the private sector is not given an opportunity to import LNG despite the fact that this move will not only save government money but push competition among LNG buyers,” he said.

The committee members were informed that the SNGPL had to give around Rs212bn to the PLL for buying LNG.

The committee also discussed the establishment of two more terminals in Gwadar for the import of LNG and its supply to the rest of the country through bowsers.

The petroleum secretary informed the committee that the matter was delayed because a no-objection certificate had not yet been given by the Ministry of Maritime Affairs and the local deputy commissioner. Upon this, a Senate committee member criticised the lack of coordination among various government departments.

The committee members demanded the chairman to give a ruling against the delays in operationalising LNG terminals in Gwadar.

“This is nothing short of inefficiency that government departments were unable to resolve the matter,” Senator Qadir said, adding that the petroleum ministry should deal with the Gwadar issue on a fast-track basis. 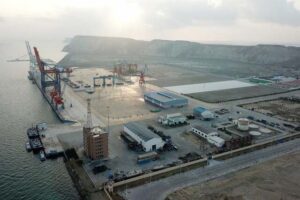 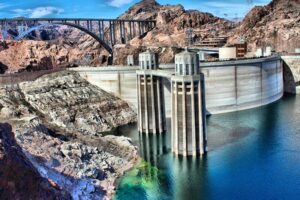 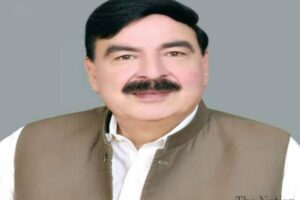