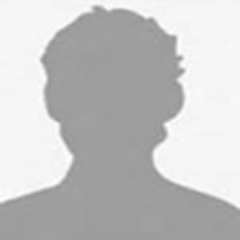 China has made enormous and substantial economic development in the last 35 years due to changes in governance structure, opened policies and economic reforms. Since 2013, Chinese President Xi Jinping initiated infrastructural development project to revive the ancient Silk Road, now referred to as the new Silk Road. This consists of two parts: the Silk Road Economic Belt and the 21st century Maritime Silk Road. Later on, this project was unanimously given the name “Belt and Road Initiative (BRI).”

The US, India and other countries have shown serious concerns over this gigantic project. They consider BRI a Trojan horse for China-led growth and development. Moreover, they claim China is trying to get a greater global dominance in international relations as well as change the prevailing economic, political and strategic structures to stimulate its interest at the expense of others.

Experts firmly believe that the BRI must be based on universally acceptable international norms, transparency, good governance, rule of law and equality. This must be pursued in such a way that honours sovereignty and regional integrity.

We know a country can’t survive and grow in isolation, without the network of land and maritime connectivity for the trade of goods and services.

The punchline is BRI is a road for peace; a road to shared prosperity; a road to innovation and technology; a road to green growth; a road to opening up reforms and a road to connectivity between different civilisations.

The CPEC is the flagship project between China and Pakistan. China is investing about $62 billion in roads, railways, energy projects, fibre optics and Special Economic Zones (SEZs). Both countries have a strong and friendly relationship ever since the creation of China in 1949. The CPEC will further strengthen the brotherly friendship between two nations through economic cooperation and institutional linkages. It serves as a pushback against the US propaganda, or more precisely, Alice Wells’s fear of debt trap as well as a way for China to explore new avenues of investment and export market and boost Chinese income and consumption. It is pertinent to mention that Pakistan is located geographically at the apex of the Arabian Sea and the Persian Gulf. Its boundaries are touching Afghanistan, China, Iran and India respectively. Another parameter that heightens the importance of Pakistan is its population. It is commendable to mention that 52 per cent of the total population consists of youth under 25 years and the country is rich in natural resources. Therefore, Pakistan has huge potential to reap the CPEC dividends through regional connectivity, human capital development, improvement in trade, modernisation of agriculture and industrial development.

A highway that connects Gwadar with Xiajhang region of China passes through four provinces of Pakistan, Gilgit Baltistan and Azad Kashmir. It is affirmed that Azad Kashmir contributes less than two per cent to the total GDP of Pakistan and its population is 1.95 per cent of the total population of Pakistan. The poor performance of Azad Kashmir’s economy is not due to the scarcity of economic potential but the underutilization of natural and human resources. Particularly, lack of infrastructural development, insufficient industrial structures and underutilization of hydropower potential are the core causes of underdevelopment in Azad Kashmir. This area has mountainous topography with enchanting natural beauty, fairy meadows, rivers, waterfalls, streams and lakes. Besides all these problems, each year, more than 1.5 million tourists visit Azad Kashmir, especially in summers, to enjoy the natural beauty. More than 100 heritage and archaeological sites, based on the footprints of Dogras, Sikhs, Buddhists and Mughals, have been found in Azad Kashmir. Religious tourism can be promoted if infrastructural bottlenecks are removed. Therefore, infrastructural development, under the CPEC, will lead to the expansion and development of the tourism industry in this territory, which will be a source of revenue for the government. Moreover, the tourism industry will create millions of job opportunities for the people, which will have a definite impact on the socio-economic development of the country.

A 200-km-long expressway has been planned for Azad Kashmir, which will connect Mansehra to Muzaffarabad and other districts of Azad Kashmir. The CPEC has entered the second phase of development but unfortunately, this has not yet started. The CPEC authority should take a serious note on its implementation to outreach the benefits of the CPEC to the people of Azad Kashmir. This road project will increase the connectivity within Azad Kashmir and open avenues for the diaspora community to invest in Azad Kashmir.

It is remarkable that an energy project, namely Karot hydropower project with an installed capacity of 796 MW, has been started in Kotli, Azad Kashmir, and will be completed in 2021. Pakistan has been facing severe energy crises since 2007 due to the circular debt and underutilization of energy plants. Pakistan is still facing the average shortage of 4000 MW due to inadequate supply, line losses and distributional problems. As the population of Pakistan is increasing, the demand for energy in the form of electricity and gas is gradually rising. Azad Kashmir has a hydropower potential of 8000 MW in the medium-term and 18,000 MW in the long-run. It is, indeed, sufficient to overcome the severe electricity crisis in Pakistan and contribute to its development. A few years ago, Azad Kashmir was producing roughly 1500 MW of electricity through hydropower sources. Mangla Dam has the installed capacity of 1150 MW while the remaining was being produced by small and micro dams. The total demand for electricity for households, commercial and industrial sectors in Azad Kashmir is merely 400 MW. In 2017, Patrind hydropower project has been completed with an installed capacity of 147 MW. In 2019, Neelum-Jhelum hydropower was made operational, which supplies 969 MW of electricity to the national grid. Azad Kashmir is producing approximately 2616MW electricity altogether and contributing to the socio-economic development of the country. Kohala hydropower project, with the installed capacity of 1124 MW of electricity, will be started shortly. Land acquisition has been done and all other requirements have been completed. This project will generate huge revenues for the government of AJ&K in the long-run.

Azad Kashmir is also known for its natural resources and mineral reserves, like gold, potassium, coal and ruby. But these precious resources have never been explored due to financial constraints and the low intent of the government. Therefore, Azad Kashmir has a huge potential to establish the industry of stones and other minerals. This will create job opportunities and contribute to the GDP of Pakistan. Through CPEC, natural resources can be explored, and mining and coal industries should be established to acquire value-added contributions.

Furthermore, a special economic zone was allocated in Mirpur, Azad Kashmir, but it has not yet been commenced. Certain prerequisites should be met before the start of SEZ, which includes land acquisition, uninterrupted supply of electricity and gas, water supply scheme and highway or motorway facilities. It is disappointing that the aforementioned prerequisite has not yet been fulfilled. This reflects a lack of interest of the government and shortage of small, medium and long-term plans on the part of Ministry of Planning, Development and Reforms. Now, the CPEC authority has been established and is operational. People of Azad Kashmir hope a prompt response from the CPEC authority to start SEZ in Mirpur, Azad Kashmir. Last but not least, we should learn from the developmental experiences of China, how to set the target and achieve in the given time.

The writer is Assistant Professor, Institute of Economics, the University of Azad Jammu and Kashmir Muzaffarabad 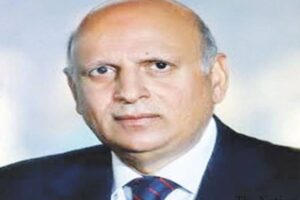