Beijing [China], May 4 (ANI): China is boosting its leverage over financially vulnerable countries and ensnaring some in sovereignty-eroding debt traps by extending loans with strings attached.
The latest to fall prey to China‘s debt-trap diplomacy is Laos, which recently signed a 25-year concession agreement allowing a majority Chinese-owned company to control its national power grid, including electricity exports to neighbouring countries, writes author Brahma Chellaney for The Hill.
This shows that Beijing continues to weaponise debt as part of its strategy to expand its economic, political and military presence abroad, even as countries reel from the devastating impact of the COVID-19 pandemic.
The lopsided nature of Chinese-dictated contracts curtail the options of borrowing nations and give China‘s state-owned banks a huge discretion over any borrower, including the power to scrap loans or even demand full repayment ahead of schedule.
“Such terms give lenders an opening to project policy influence over the sovereign borrower, and effectively limit the borrower’s policy space to cancel a Chinese loan or to issue new environmental regulations. Some of the debt contracts in our sample could pose a challenge for multilateral cooperation in debt or financial crises, since so many of their terms run directly counter to recent multilateral commitments, long-established practices, and institutional policies,” the study noted.
As China leverages its state-sponsored loans to aggressively advance its trade and geopolitical interests, many Chinese loans have not been publicly disclosed, raising a ‘hidden debt’ problem, Chellaney wrote.
Every contract since 2014 has incorporated a sweeping confidentiality clause that compels the borrowing country to keep confidential its terms or even the loan’s existence, the study found, which breaches the principle that public debt should be public and not hidden from taxpayers so that governments can be held accountable.

According to the study, the Chinese contracts obligate the borrower to exclude the Chinese debt from any multilateral restructuring process, such as the Paris Club of official bilateral creditors, and from any “comparable debt treatment”.
This confirms that China‘s infrastructure financing comes mainly in the form of market-rate loans and little of its loans are for aid or low-interest lending. The more dire the borrower’s financial situation, the higher the interest rate China is likely to charge for lending money, Chellaney wrote for The Hill.
Laos‘ decision to hand over majority control of its national electric grid to China also holds implications for national water resources as hydropower makes up more than four-fifths of the country’s total electricity generation.
In 2011, China secured 1,158 square km of strategic Pamir Mountains territory from Tajikistan in exchange for debt forgiveness. Tajikistan’s unending debt crisis has also forced it to grant Chinese companies rights to mine gold, silver and other mineral ores.
Sri Lanka also transferred the Hambantota Port, along with more than 6,000 hectares of land around it, to Beijing on a 99-year lease.
Challeney further wrote that China‘s debt-trap diplomacy has not even spared its ally Pakistan, which has given Beijing exclusive rights, coupled with a tax holiday, to run Gwadar Port for the next four decades.
The Belt and Road Initiative (BRI), which is known as Chinese President Xi Jinping’s signature initiative, has been plagued by allegations of corruption and malpractice, and many of its completed projects have proved not to be financially viable, the author wrote for The Hill.
With BRI central to its debt-trap diplomacy, China continues to enlarge its footprint in that state to become its economic master of vulnerable and poorly-financed countries. (ANI) 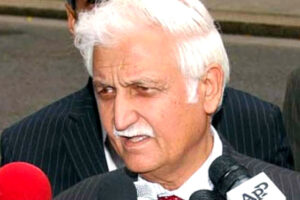 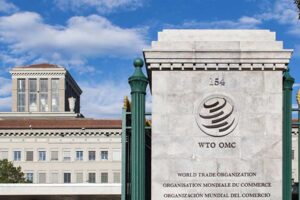