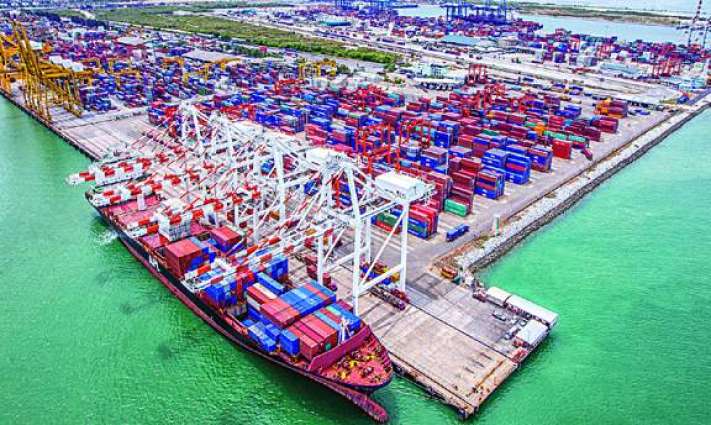 These views were expressed by the COPHC Chairman Zhang Baozhong in a meeting with Adviser to Prime Minister on Climate Change Malik Amin Aslam, a press release said.

A delegation of COPHC visited the Ministry of Climate Change and discussed important issues in this regard.

Talking to the delegation, the Adviser said that the government wanted Gwadar to be fully established as a clean and green city so that the city could be an example not only for other cities of Pakistan but all around the world.

“The Federal government and the ministry will cooperate with relevant departments in this regard,” he added.

The chairman of the China Port Holding Authority said that the researches done by various scientific research institutions, had been utilized, of China‘s renowned scientific and research companies, including Chinese academy of Sciences and others.

“Considering the climate of the Gwadar city, soil patterns, availability of water and botanical diversity, the plant species have been selected for plantation,” the COPHC Chairman said.

He said, “A nursery had also been set up for the production of one million plants, which is capable of producing 300,000 plants per month. COPHC has already prepared 19,000 plants for the nursery including Paper Mulberry, Moringa, Caster oil and other species in the nursery.” He said that a committee had been constituted to manage the massive plantation target comprising of representatives of Gwadar Development Authority, Balochistan Forest Department, Municipal Committee Gwadar and COPHC.

The chairman COPHC said the cost of planting one plant in Gwadar was more than Rs 20,000 keeping in view the severe weather conditions. However, the survival rate of the plant was less than 50 percent which was a major challenge for making the plantation drive a success.