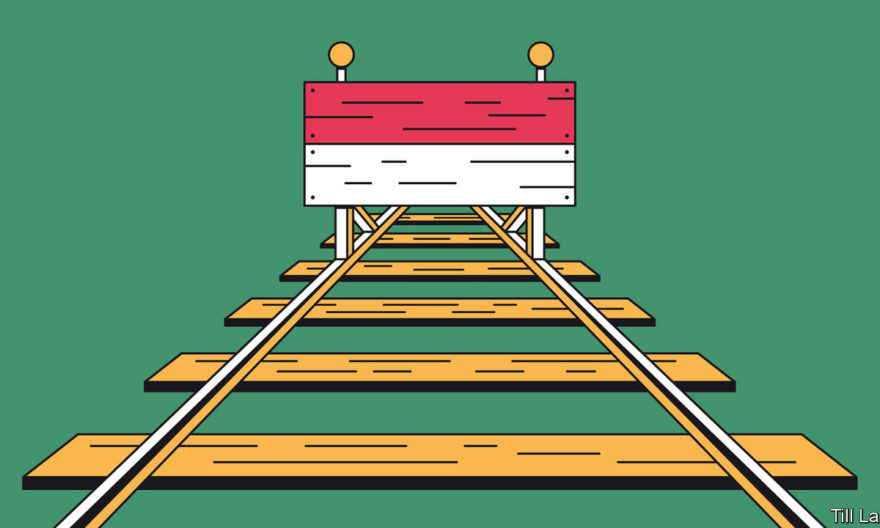 WHEN CHINA’S president, Xi Jinping, launched the Belt and Road Initiative (BRI) in 2013, Indonesia was seen as essential to its success. So much so that he went to Jakarta, its capital, to launch the maritime dimension of his world-girdling programme of infrastructure investments. But then a funny thing happened: very little. Nearby Cambodia has been overrun by Chinese involvement in its economy and politics. In Pakistan BRI and its local iteration, the China-Pakistan Economic Corridor (CPEC), are held up as proof of a relationship “as close as lips and teeth”—even as CPEC goes off the rails. In contrast, most Indonesians have never heard of China’s signature foreign policy. Banyan’s recent informal poll of residents of Jakarta was nearly unanimous: BRI is a financial institution, Bank Rakyat Indonesia.

China’s involvement in Indonesia is growing, but it got going late. One reason is the long slow process of getting any project off the ground. Public consultations drag on, land is a nightmare to acquire, bureaucrats block licences and sleazier ministers wonder what is in it for them. One minister under President Joko Widodo, or Jokowi, admits that the Indonesian way is hardly ideal, but at least the country avoided many of the reckless, grandiose projects and poor financial terms embraced by faster-moving neighbouring countries. The only real albatross, a planned high-speed railway from Jakarta to Bandung, is a cautionary tale. In 2015 China beat Japan in the bid for its construction by not insisting on government guarantees for its loans. Quickly the usual problems emerged: even the air force, with a base in the path of the train, objected. Last year all the land was at last acquired. But the project is years late and over budget. Since no broader high-speed network is envisaged that offers economies of scale, the 150km line will never pay for itself. The railway is China’s flagship project in Indonesia, but Indonesian ministers do not want to talk about it.

The railway is also a lesson in the sometimes ugly sensibilities over the nearly 3m Indonesians of Chinese origin, which in turn shape Indonesia’s engagement with China. Chinese have been doing business in Indonesia for centuries, and today form a big part of the entrepreneurial class. Anti-Chinese antagonisms date back at least to colonial times, when the Dutch appointed ethnic Chinese as tax farmers even as they encouraged occasional pogroms against Chinese traders, builders and sugar-mill workers. In the 20th century some Indonesian nationalists defined themselves in part by their anti-Chineseness. After independence, hatred boiled over in 1965 following an alleged left-wing coup attempt. Ethnic Chinese were seen by many as communist sympathisers. Chinese Indonesians were among those targeted in army-directed massacres in which hundreds of thousands of people died. Anti-Chinese riots erupt around the archipelago from time to time. And in 2017 the ethnic-Chinese and Christian governor of Jakarta, Basuki Tjahaja Purnama, or Ahok, an ally of Jokowi, was jailed on trumped-up charges of blasphemy. A rabble-rousing politician, Prabowo Subianto, who said Ahok should “know his place lest the Indonesian Chinese face the consequences of his action”, is now the minister of defence.

The railway was also criticised, caught in a broad surge of anti-Chinese sentiment. The government has drawn its own conclusions. All the other big projects backed by China are to be built far from the Javanese heartland where, one official explains, “a lot of the religious conservatives and Muslim hardliners are collected”. They include an oil refinery in northern Sumatra near the Malacca Strait, a smelter on Sulawesi that allows Indonesia to process its nickel ore for the first time, and planned hydropower plants in northern Kalimantan to encourage aluminium smelters to move from China.

Indonesia, then, mostly engages with China on its own terms—and a Chinese commitment for a training college to teach Indonesians about nickel processing is further proof of that. At times it will even be seen to stand up to China, as in a maritime spat last month in which the navy and coastguard expelled a Chinese fishing fleet from Indonesia’s exclusive economic zone. The move led some observers to imagine that Indonesia will unite its South-East Asian neighbours against China in the South China Sea. But that is wishful thinking. Jokowi must appear robust to anti-China forces at home. But, for the economy to grow, he must court Chinese money. 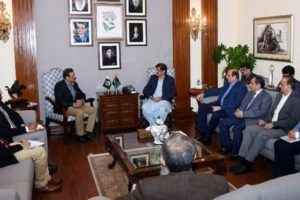