Information Minister Fawad Chaudhry on Tuesday said the new director-general of the Inter-Services Intelligence (ISI) will be appointed in accordance with the existing rules and regulations and the authority to appoint the new spymaster rests with the prime minister.

Addressing a press conference after a weekly meeting of the federal cabinet, the minister said that the relations between the government and the military were “ideal”.

According to Fawad, PM Imran and General Qamar Javed Bajwa had a “long meeting” last night to stamp out issues surrounding the ISI chief’s appointment. “Imran Khan and Gen Bajwa enjoy a very close relationship and the ties between the two are cordial,” Fawad added.

He added that the Prime Minister’s Office will not take any kind of step to undermine the Pakistan Army and its chief, Gen Bajwa, whereas the military and the army chief won’t take steps to sideline the prime minister and the civilian set-up.

The federal minister said that a new ISI chief will be appointed in accordance with the constitutional and legal requirements as agreed by the PM and the army chief. The authority to appoint the new DG rests with the premier, Fawad said, adding that the decision will be taken after thorough deliberations.

Fawad refused to answer more questions regarding the ISI chief’s appointment, saying: “I have already answered the question.”

This is the first time the government spoke on the controversy surrounding the appointment of the new ISI chief, Gen Nadeem Anjum. Gen Anjum was named as the new chief by the Pakistan Army’s media wing, but the notification regarding his appointment has not been issued by the PM’s Office.

Speaking about the funeral of Dr Abdul Qadeer on Sunday, Fawad said at least 15 ministers of the Pakistan Tehreek-e-Insaf (PTI) attended the last rites of Dr Qadeer and added that chairman joint chiefs of staff and the naval chief also attended the funeral.

Fawad also said that the cabinet has been briefed on electronic votes machines, adding that the government wanted to give voting rights to overseas Pakistanis.

The information minister clarified that PTI has appointed more than 80 officials on top posts and all of the appointments were made on merit.

The cabinet also decided to provide an online visa facility to foreign nationals working on CPEC projects in Pakistan, said the minister and added that the cabinet also waived off fee on Pakistani visas for Afghan nationals coming to Pakistan.

Afghan traders will be added to the business visa list, he said, adding that Pakistan was the “basic source” of business and aid for Afghanistan. According to Fawad, the government was taking measures to facilitate the Afghan nationals coming to Pakistan so that illegal crossings can be curbed.

He elaborated on today’s cabinet session and said the body also endorsed the Economic Coordination Committee’s decisions. A demand for Rs2.4 billion for a special economic zone has been deferred.

Fawad further said the government has also provided overseas Pakistanis with the facility to get a power of attorney online. He said earlier, Pakistan nationals had to go to the embassy to get the power of attorney.

Referring to Pemra’s council of complaints, the minister said the body has been revamped and added that three women are also part of the council in the new set-up.

Meanwhile, sources privy to the details of the federal cabinet meeting have quoted Prime Minister Imran Khan as saying that the appointment of ISI chief was his prerogative and all his efforts were aimed at strengthening the democratic system in the country.

In view of the prevailing situation in Afghanistan, the premier was of the view that Lt Gen Faiz Hameed should continue serving as the ISI director general for another six months, they added.

While taking the cabinet members into confidence on the matter, PM Imran said he would approve the appointment of new chief of the country’s premier spy agency in line with the law and after receiving three names for the coveted slot by the military as per the established norm.

“I might accept the same name that the army leadership has suggested in the summary,” the premier was quoted as saying.

According to the insiders, PM Imran dismissed the impression that he is a “puppet” prime minister, saying he came into power through legitimate public mandate and not through backdoor.

Both Prime Minister Office and the institution of armed forces are equally respectable, he maintained. 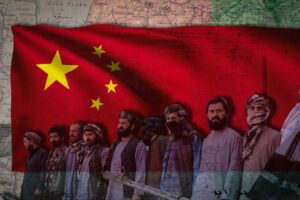 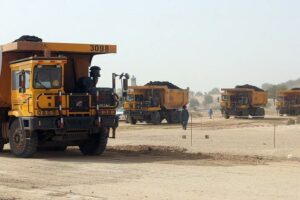 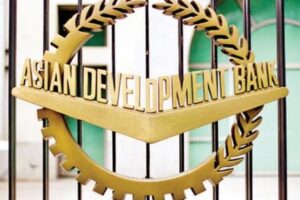