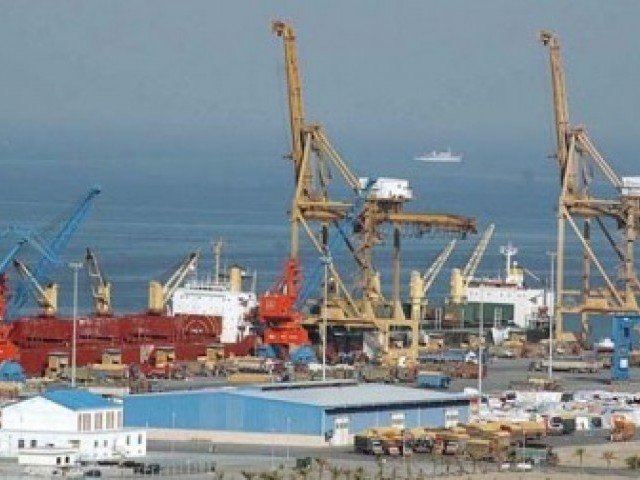 QUETTA: A meeting of Senate Standing Committee on Maritime Affairs was held on Gwadar Port under the chairmanship of Senator Kehda Babar Baloch.

The committee was briefed on the preparations of Gwadar Port, Gwadar Free Zone and Pak-Afghan Transit Trade.

Senator Babar Baloch said that all arrangements to handle cargo shipment from Pak-Afghan Transit Trade to Gwadar Port have been completed, while all facilities had been made available at the Gwadar Port.

Baloch informed the session that works on Gwadar Free Zone was undergoing at a fast pace and will be completed by the end of 2019.

He maintained that construction of offices, storage hall and cold storage on 60 acres of the free zone was in the last phase. The meeting was told that work on Gwadar Expressway was also underway.

After the completion of the expressway, Gwadar Port will be linked with Makran Coastal Highway.

Senator Baloch remarked that matters with Afghan officials had been agreed for starting Afghan Transit Trade from Gwadar Port and trade would commence soon from there.

The meeting was informed that the government would provide best facilities to local and foreign investors in Gwadar and that stringent measures had been taken to provide security to the entrepreneurs.

The senator observed that Pakistan with the cooperation of China would open technical centres on the coastal sites of Jiwani, Pashkan and Pasni with a cost of Rs12 billion.

Gwadar will soon be the centre of global trade

“This would equip the youth with technical education,” he said.

Receiving complaints about the poor performance of port operation software system and fiber optic at the Gwadar Port, the convener directed the customs, Gwadar Port Authority and Pakistan Telecommunication Authority officials to complete the work within two weeks and submit a report.